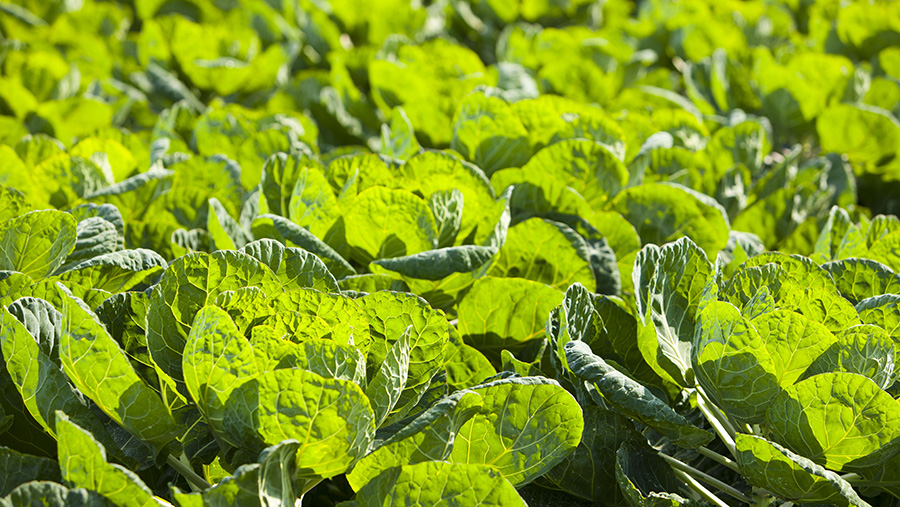 The future of the AHDB in the horticulture sector is looking shaky, after a majority of levy payers voted against paying a levy to support the organisation’s work.

A ballot was triggered last October when more than 5% of the AHDB’s 1,400 horticultural levy payers made a request for one.

It asked for a simple “yes” or “no” to the question “Do you agree that the statutory horticulture levy should continue?”, and was administered by independent company UK Engage.

Results published on Tuesday evening (15 February) showed more than two-thirds of eligible levy payers cast a vote and, of those, 61% rejected the continuation of the levy, while 39% were in favour.

The results have already been sent to Defra ministers and the devolved administrations to consider, though they are not bound by the ballot’s findings.

“We will now take these results and scrutinise them closely before making a decision on the future of the horticulture levy in due course,” said Defra farming minister Victoria Prentis.

Exactly what that decision might be remains to be seen.

The AHDB had previously said the ballot was “by default” a vote on either continuing with or stopping the technical work delivered by AHDB Horticulture.

But, commenting on the results, AHDB chairman Nicholas Saphir said it was “really a very complex picture”.

“The voting information reported by UK Engage shows different sentiment across different crop sectors and size of business,” he said.

For example, when assessed according to the value of levy paid, the result showed a reverse picture, with 57% voting to keep on with the levy, compared with 43% wanting to scrap it.

“It is now down to ministers to weigh up all the various factors about GB horticulture and make a decision on the future role of a horticulture levy,” said Mr Saphir.

According to Lincolnshire flower grower Simon Redden, who was one of three growers driving a campaign for a ballot, the result mirrored the views expressed by growers in an unofficial poll last summer.

“I’m particularly pleased there was such a high turnout, which demonstrates the strength of feeling,” he told Farmers Weekly. “The AHDB, the NFU and Defra must now accept the result.”

He was, however, concerned that the AHDB may seek to convince ministers that some kind of compromise solution was desirable, based on the value of levy attached to each vote.

“They always told us that this ballot should be one payer, one vote – even though future ballots might be more nuanced,” said Mr Redden.

He hoped that Defra ministers would reach their decision quickly – and certainly before a separate ballot on the future of the potato levy closes in mid-March.

Reaction among grassroots farmers has been more mixed, with many taking to Twitter to share their opinions.

Cambridgeshire arable farmer James Peck described it as “a good result” which “shows the industry’s feeling”. “I hope it’s widespread across the farming sector. Time for change,” he tweeted.

However, Worcestershire farmer Geoff Sansome regretted the outcome and the implications for horticultural research in future.

This is a sad situation. I have seen the demise of applied Ag&Hort research over the last 40 years, lets hope improvements can be made and/or views changed https://t.co/5hLP5E0FTd

Meanwhile, North Yorkshire grower Andrew Wilson said tweaks were required, but suggested it would be a travesty if the AHDB was lost altogether.

That’s no suprise, tbh. The bigger growers are the noisiest, and the least likely to extract value for their levy, simply because of scale. I agree teaks are required, but it’d be a travesty if the AHDB were lost altogether, imo

But Andrew Branton from Lincolnshire questioned the structure of the AHDB and said there was no faith in its ability to deliver value for levy payers.

Because the structure is wrong and clearly there’s no faith in it delivering value. Oust the leadership yes but quango type orgs. attract other similar people to run them. They’re never spending their own money and they’re uncommercial people. Levy payers tend to be the opposite.

A simple “yes/no” ballot on the future of the levy for potato growers is imminent and will run for four weeks. This follows a request from 8.5% of potato levy payers last year. Although the request was made in December, it was decided to delay the potato ballot until after the horticulture ballot, “to avoid confusion”.