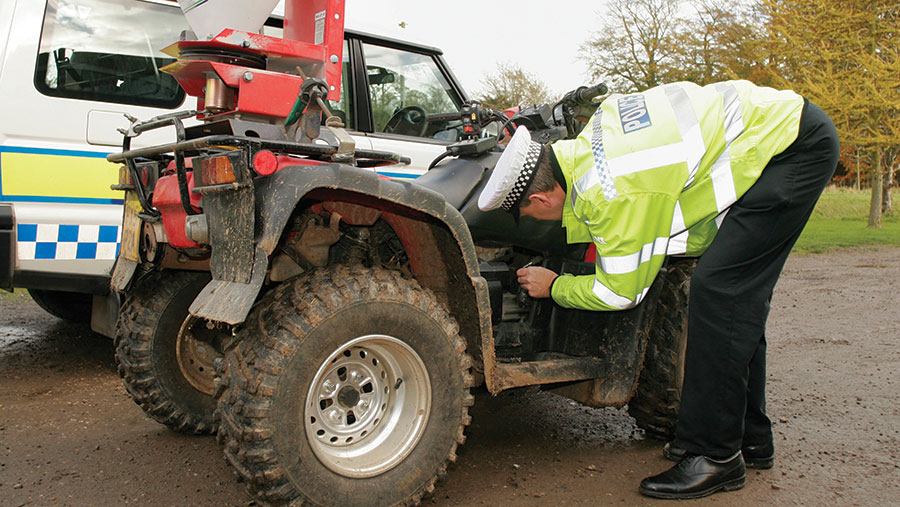 Farmers who responded to a rural crime survey could help secure fairer funding for police battling to keep the countryside safe, say campaigners.

Some 20,260 people responded to the survey, which was organised by the National Rural Crime Network. The findings, to be published next month, will be sent to Home Office minister Nick Hurd, who allocates police funding to fight crime and anti-social behaviour.

Network chairman Julia Mulligan, who addressed an NFU Council meeting this week, said: “Ministers are in no doubt of my view on this issue. The funding formula for police forces does not recognise the costs of policing rural areas. This needs to change.”

Ms Mulligan, who is also police and crime commissioner for North Yorkshire, added: “Providing services across large, sparsely populated geographical areas is expensive and, as resources come under greater pressure, this is becoming even more challenging.”

Key challenges faced by rural police forces are not properly reflected in government funding decisions, Ms Mulligan told the NFU meeting at Stoneleigh on Tuesday (19 June). The survey results would provide evidence of this – ensuring the voices of farmers affected by crime were heard by government ministers.

Many rural constabularies are doing what they can on limited resources. In Northumberland, for example, police are working with the National Vehicle Crime Intelligence Unit and the Plant and Agriculture National Intelligence Unit to combat agricultural machinery theft.

Stretched all the time

Lincolnshire police deputy chief constable Craig Naylor, who is also the National Police Chiefs’ Council lead for rural crime, said: “We are stretched all the time, so we look at the threat, the harm and the risk that we face, and we prioritise.”

Rural crime was a priority for Lincolnshire police, which served a large rural county, said Mr Naylor. Rural challenges included hare-coursing, fly-tipping and farm theft, which were all growing problems, he said.

Recommendations from the last National Rural Crime Survey – carried out in 2015 – had fair funding as one of its priorities for change. But three years on, Ms Mulligan said the challenge for rural police forces remains.

It was vital that the needs of rural communities were not overlooked by the Home Office, said Ms Mulligan. “I hope the minister recognises that this situation cannot go on and that rural communities deserve better,” she said.

The Home Office says its funding formula is based on a range of factors. It says police are seeing more complex crimes being reported, including previously hidden crimes such as child sexual exploitation and modern slavery – and forces must respond to terrorist threats too.

Home Office minister Nick Hurd has said that providing funding certainty over the next two years to enable the police to plan in an efficient way is his priority. Proposed changes to the funding formula will therefore be revisited in the 2019 spending review.

Police say all crime should be reported – no matter how trivial. Only then will the true extent of the challenges faced by rural communities be revealed – and the necessary resources deployed to combat crime in the countryside.

Farmers are urged to liaise with their local police and crime commissioner, who is elected to make sure local police meet the needs of the communities they serve. Commissioners should be contacted about how areas are policed and the police budget.

“Intelligence and information is really important,” said the National Rural Crime Network’s Julia Mulligan. “If the police don’t know about it, they can’t do anything about it.

“If something happens, let the police know. We know from our last survey that people are so fed up with the response they get that they think there is no reason to report an incident. But if we don’t have the evidence of what is happening, we can’t put the resources there.”

Fly-tipping is daily occurrence in Hertfordshire

Waste is illegally dumped every day on farmland in Hertfordshire – but little is done to reprimand the culprits, says local grower Will Dickinson, of Cross Farm, Harpenden.

“It is utterly dispiriting beyond belief,” he says. “I suffer fly-tipping crime every single day of the week. Why should I, as a member of the public, have to suffer crime? Every single day somebody chucks some rubbish on my farm.”

Earlier this year, more than 120 fridges were dumped on surrounding farmland and by rural roads. Seven fridges were left in a single field – with dozens more abandoned on grass verges and in the surrounding area.

Mr Dickinson says he caught some of the fly-tippers red-handed. But he says they were let off by local police, who arrived on the scene but didn’t know what to do. 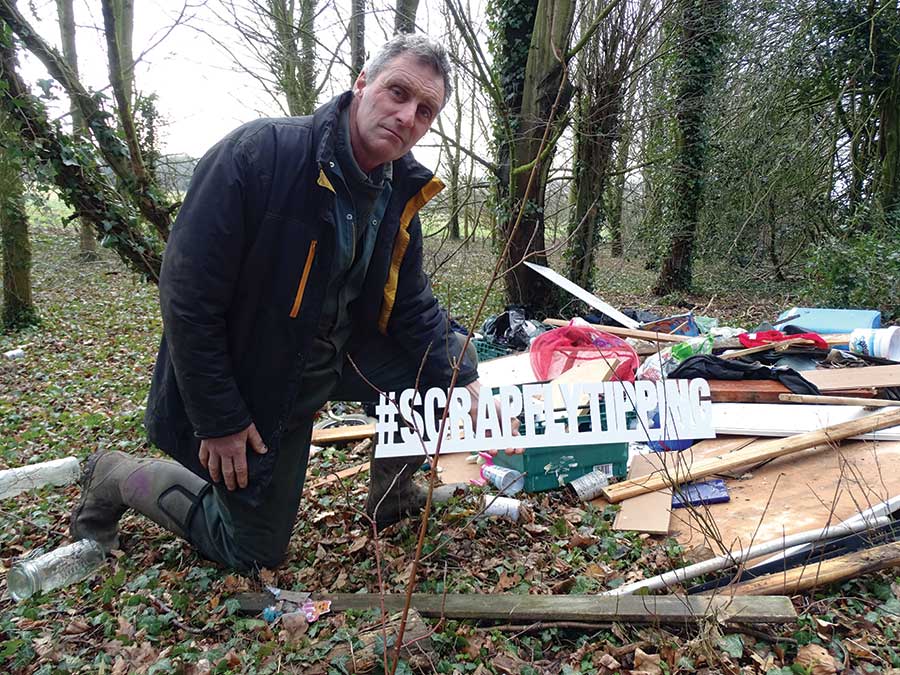 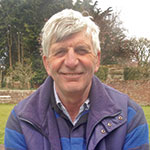 Sheep have gone missing in Dorset almost every week for the past eight weeks – stolen by livestock rustlers, says local farmer James Cossins.

Mr Cossins, who farms at Tarrant Rawston, Blandford Forum, says he gets on well with local police. But he adds: “Most of those sheep then go out of the county – and there seems to be little co-operation or communication with [police in] other counties as to where they go.

“We are looking to put tracers either on or in the sheep so we have some idea where they do end up, but we need some sort of support for it. We’ve also asked traffic officers late at night if they see a cattle lorry or trailers being towed to stop and ask them what they are doing.”

The problem is that many police officers don’t realise the need for movement licenses or livestock passports – and don’t ask the right questions, says Mr Cossins.

A 70% increase in illegal traveller encampments since 2015 has sparking concern in Essex, says farmer Robert Stacey.

“Last year, we had 365 encampments on private property – mostly farmland,” says Mr Stacey, who farms near Chelmsford. Police do their best, but “it leads to a siege mentality across the county, with gateways barricaded”, he adds.

After one encampment was set up last year, Mr Stacey says police immediately visited local households and advised them to make sure any property was locked and secure. “Obviously, they know there is going to be trouble,” he explains.

“For farmers, it is a frustration and the mess that is left behind, you have to clear up. Often it contains human excrement. It is unjust that one section of society appears to be beyond the law at the moment.” 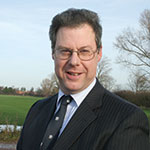 A police policy of seizing dogs from hare-coursers has helped to ease the pressure that the illegal sport puts on farmers – but the problem persists, says Lincolnshire grower Mark Leggott.

“These people are so brazen – they are coming into our fen five times a week,” he says. “We know them by their first names, they say good morning as they go past and carry on with their hare-coursing.”

The fines imposed by the courts are not enough to act as a deterrent, says Mr Leggott. “They just laugh and say we’ll be back tomorrow. Why can’t we have three strikes and you’re out? They don’t have to come coursing.”

Mr Leggott says he understands why the Home Office is opposed to custodial sentences. But he says it is getting to the point where prison is the only option.