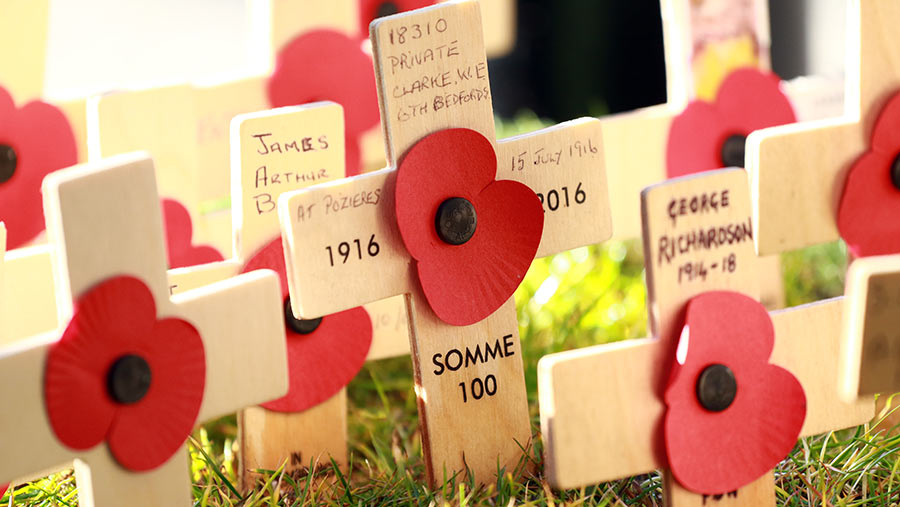 The First World War had a disruptive effect on British farming, but the aftermath of war was almost as turbulent, as Richard Munday, Hertfordshire farmer and historian explains.

“We must”, prime minister David Lloyd George declared in 1919, “have a settled policy with regard to agriculture”. 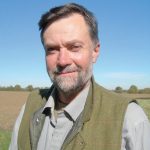 It was a politician’s promise. Two years later, the Corn Production Act 1917, which had brought stability to British farming after 40 years of decay and added a million acres of land to wartime cultivation, was repealed.

The government had not wanted to get involved in farming in the first place: the mantra of Britain’s long imperial ascendancy was “free trade”.

War, however, swiftly made intervention a necessity, with 150,000 farm workers having “joined up” in the first 12 months, while the army requisitioned horses that were agriculture’s motive power.

The perils of a country that needed to import 80% of its grain and 40% of its meat were obvious; and when unrestricted U-Boat warfare resumed in 1917, the government was forced to implement protection for agricultural production.

The Corn Production Act 1917 guaranteed minimum prices for wheat and oats to 1922, and the Agriculture Act 1920 foresaw enduring protection linked to the cost of production.

The stability promised by these measures brought a real boom in agriculture at the end of the war.

But, with the reopening of peacetime trade, all this changed. The price of wheat halved, and the 1921 repeal of the Corn Production Act swiftly cancelled the need for payouts to farmers.

This entered farming folklore as “the great betrayal”, and pushed agriculture back into depression.

Between 1918 and 1922 a quarter of the land in Britain changed hands. There was often a bitter motive for selling after the war: the sons who would not return.

Beyond that, the motives for sale were initially carrot, then stick.

The carrot at the end of the war was high land values, inflated by farming’s apparent new prosperity.

The stick, for the owners of the 90% of farmland that was then tenanted, was that rents had been anchored by the Corn Production Act, while death duties doubled in 1919.

It seemed a good time to shed tenanted land that yielded a lower return than almost any other asset and often needed significant capital investment.

Owner-occupiers increased nearly fourfold after the war; they bought in optimism in 1918-20, and suffered or sold on again thereafter.

For soldiers returning from the war, there were also a number of well-meaning schemes initiated from as early as 1915, intended to open new ways into farming or rehabilitate disabled veterans.

There were ambitious private ventures like that at the Hampshire village of Enham, bought up with 1,000 acres for the benefit of ex-servicemen.

And there were government initiatives, under the Smallholdings Acts of 1916 and 1918 and the Land Settlement Act of 1919, that sought to revive the Victorian dream of re-establishing a yeoman class.

Under the provisions of this legislation, county councils bought up a quarter of a million acres, land that translated into smallholdings for 24,319 men. But, with some 3.5 million men demobilized between 1918-1922, it was “too few for drums and yells”.

The reality for most men who returned to the land was a return to poverty (the minimum wages guaranteed by the Corn Production Act were rescinded upon its repeal), and a return to strike action.

Even Norfolk labourers were heard to sing the “Red Flag”, and it was in fear of Bolshevik revolution that the government introduced Britain’s first Firearms Act.

From 1921 farming returned to the “dog and stick” depression that had begun in the 1870s.

A sop was offered in the form of £850,000 to be spent on farming education and research; but wheat acreage halved, bankruptcies were common, and land remained untenanted and turning to scrub.

The reduced value of land did offer opportunities for some men who were willing to work all hours for negligible return to take on farms; and new ways forward were sought with pigs and poultry, with bail dairy farming and sugar beet.

With massive capitalisation, a profit could still be turned. Ernest Debenham’s model farm, funded by his drapery business, illustrated the dictum that the best way to make a small fortune out of farming was to start with a large one.

Slowly in the 1930s government support, mirroring that in New Deal America, would creep back; but it was too little, too late to meet the peril of war in 1939.

“Those who cannot remember the past”, as George Santayana observed, “are condemned to repeat it”.