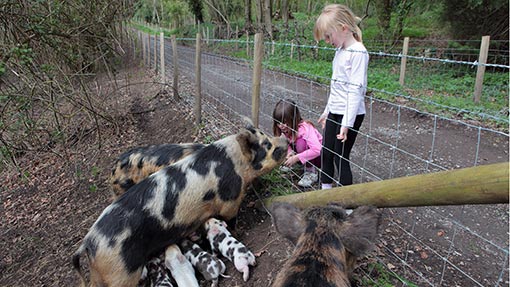 Getting involved in an Open Farm Sunday event can be very rewarding and helps showcase the breadth of British farming and food, according to two Cambridgeshire arable farmers.

Precision farming, sugar beet harvesting and the cereals supply chain are three things about farming David White is keen to tell the general public about on Open Farm Sunday on 8 June. But he will not be doing this from his own farm base at Hawk Mill Farm, Little Wilbraham, Cambridgeshire.

See also: Open Farm Sunday sign-ups off to a flyer

Instead, he is bringing some equipment along and helping out at nearby Russell Smith Farms at Duxford. This is one of the few larger Open Farm Sunday events attracting more than 1,500 visitors. It relies on a team of volunteers, many of them local farmers, to host stalls and demonstrate farming activities to visitors.

What is Open Farm Sunday?

“We take pride in what we do and it’s important we demonstrate the high standards of British arable farming to the general public,” said Mr White. “We bring along our six-row sugar beet harvester. That always proves a popular draw.”

This year he is planning to bring along a tractor to demonstrate auto-steer GPS technology. “One of the farm staff, Paul Smith, brings his Suffolk Punch horse to show people, so it’s a nice way to illustrate how farming technology has moved on.”

They also man a display of the cereal products that pass through the local grain co-operative. “We have tubs of different crops and packets of breakfast cereal and encourage visitors to make the connection. This helps tell people about the care and integrity that goes into British cereal production,” Mr White said.

The props help tell the story, but it is the farmers people have come to see, he added. “You have to be quite outgoing and initiate a conversation, but you’d be surprised how interested people are and what interesting people you meet.

“In farming, you don’t get many opportunities to interact with consumers, so it’s worth finding out a farm nearby that’s opening for Open Farm Sunday and offering to help – it’s very rewarding.”

Former Farmers Weekly Awards Arable Farmer of the Year John Goodchild has also helped at the Duxford event. Previously manager of the nearby Bartlow Estate, he brought their six-row sugar beet harvester and cleaner loaders to demonstrate the beet harvest.

“What might seem matter of fact to us is really quite interesting to members of the public. The Duxford Open Farm Sunday is now a known local event and it’s well attended. It’s also well organised and gets plenty of support from farming organisations as well as farmers, so it acts as a great showcase for the local farming industry,” said Mr Goodchild.