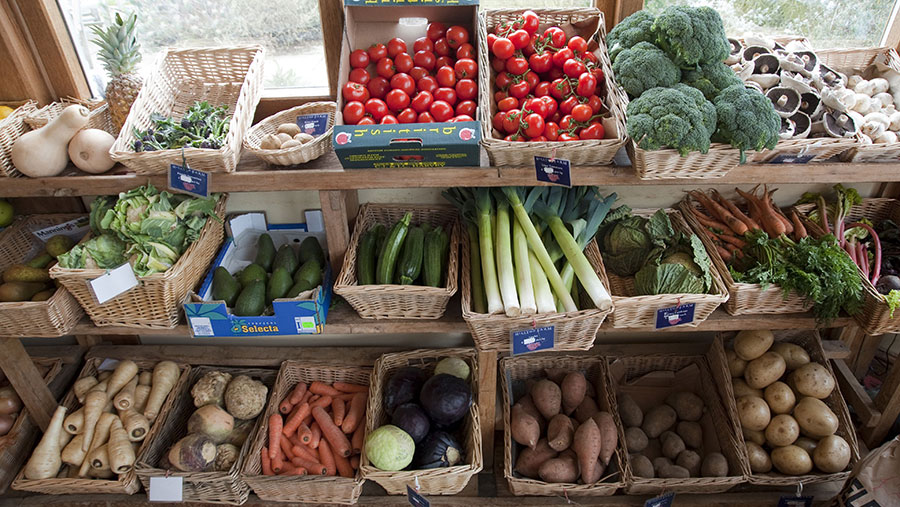 The humble farmer’s market is enjoying a mini-renaissance through an online service which allows networks of communities to buy fresh local produce directly from farmers.

The Food Assembly offers shoppers the chance to “click and collect” the best local produce, benefitting local farmers and the rural economy, while reducing food miles and food waste.

The movement originally started in France in 2010 as La Ruche qui dit Oui!, meaning The Hive That Says Yes! to offer an alternative to supermarket shopping.

Founder Guilhem Chéron said his vision was a “connected direct sales network where local people could buy high-quality products directly from farmers in their region”.

The platform was launched in a small village near Toulouse in 2011. Now there are more than 700 groups across Europe, including more than 70 Food Assembly hubs in the UK.

Each local Food Assembly enables the community to buy directly from their local food producers which in turn means their money reaches the right people, providing vital income British farmers to help safeguard the industry for generations to come.

Farmers and food producers sell directly to customers through the Food Assembly online market – be it organic vegetables, cheeses, meats or bakery items.

Local organisers earn an income upwards of £200/month and more as the assembly grows.

They look after the online shop, the food is collected from the producer and taken to a local pick-up area.

Weekly assemblies are then held for shoppers to collect their orders and meet the people behind their food, offering a unique “farm-to-fork” experience.

Who can supply the Food Assembly?

Small to medium-scale farmers can supply a Food Assembly.

As a guide, the farmer cannot travel more than 150 miles to an assembly.

Becoming a Food Assembly producer is simple: you register at your local Food Assembly, upload a few legal documents and your product photos and descriptions. Once you start selling your produce, all the administration and invoices are automated.

How does it benefit farmers?

Producers set their own price, and the service fees are fixed and well-balanced for the organiser and The Food Assembly.

There is no middleman – members pay the food producer directly, allowing them to earn exactly 83.33% for their produce compared with 20-40% when selling through supermarkets.

The biggest and most important benefit is all the food is ordered online so they know exactly how much to bring to the Food Assembly collection.

There is no unsold stock waste for the farmer, unlike at farmer’s markets.

They also get to meet their customers and get feedback which often many producers like.

Producers also manage their own stock and the availability of your products. The model is flexible around their needs.

Each week they can select what is available from their stock to sell.

Thanks to orders coming in ahead of the assembly, producers know how much to harvest each week for orders, so there is no food waste.

What are the advantages for consumers?

Much of the food we buy and eat does not have a transparent food chain. The discovery on UK supermarket shelves of pork contaminated with a livestock strain and the horsemeat scandal raised concerns about food transparency.

At a Food Assembly, you know exactly where your food is coming from and you get to meet the person who made it.

All the food at a Food Assembly comes from an average distance of 28 miles, in comparison to 600 at a supermarket.

This means customers get the freshest food possible, local to them and their family.

The Food Assembly isn’t just an online farmer’s market, it is a local food community. Every Food Assembly has a community that comes together each week to pick up their products at the collection.

Some also do farm visits and educational workshops with a strong focus on cooking and food.

“Wouldn’t it be even better if they could then lower their prices so it would be affordable for everyone?”

Who is most likely to use a Food Assembly?

Customers who come to a Food Assembly do so because they want to eat fresh, sustainable and fairly priced food – and they want to ensure their money reaches the right people. 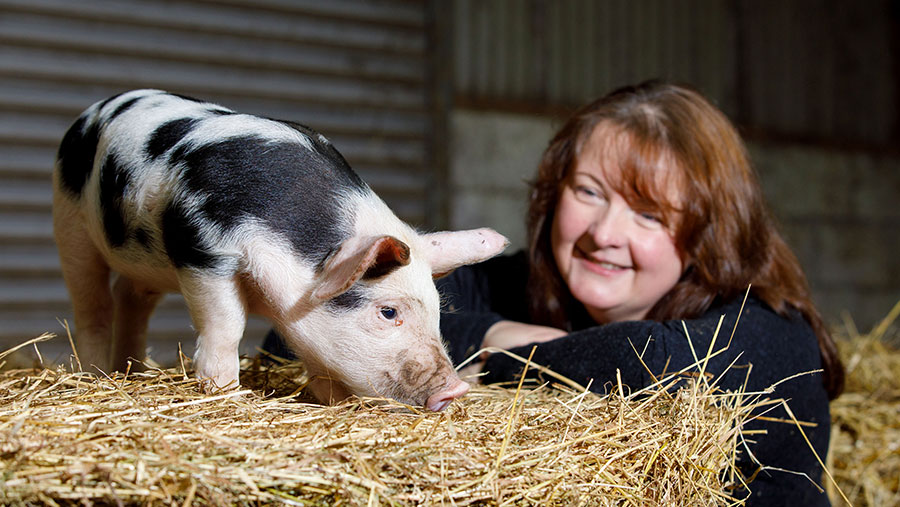 Ardunan Farm in Strathblane, near Glasgow, is a small mixed holding run by Ms Mackay and David Campbell.

They produce pork from rare breed Oxford Sandy and Black pigs, free-range chickens, lamb and mutton, hen and duck eggs and turkeys at Christmas. The farm is also investing in polytunnels to grow fruit and vegetables.

Ardunan Farm supplies produce to Sterling, Milngavie and Glasgow’s Drygate food assemblies. It is looking to sell to other assemblies, including Bathgate when it launches.

“The Food Assembly is a well-oiled machine. It has taken all the pressure off us,” says Ms Mackay.

“Before we had to find customers and knock on people’s doors. Now we don’t supply many restaurants. With the Food Assembly, we get 83.5% of the money – and it’s in your bank account the next day.”

Ms Mackay describes the Food Assembly as an “old-fashioned notion of buying direct from farmers with the convenience of ordering online”.

She only takes the pre-ordered produce to the assemblies, so there is no wastage. Unlike supermarkets, it allows her to meet families face-to-face to explain where their food comes from.

“Our message to the customer is: it’s slow-grown food, not food pumped with antibiotics,” says Ms Mackay. “People tell us they will pay the extra for food produced in an ethical way, from happy animals. It’s all very natural.” 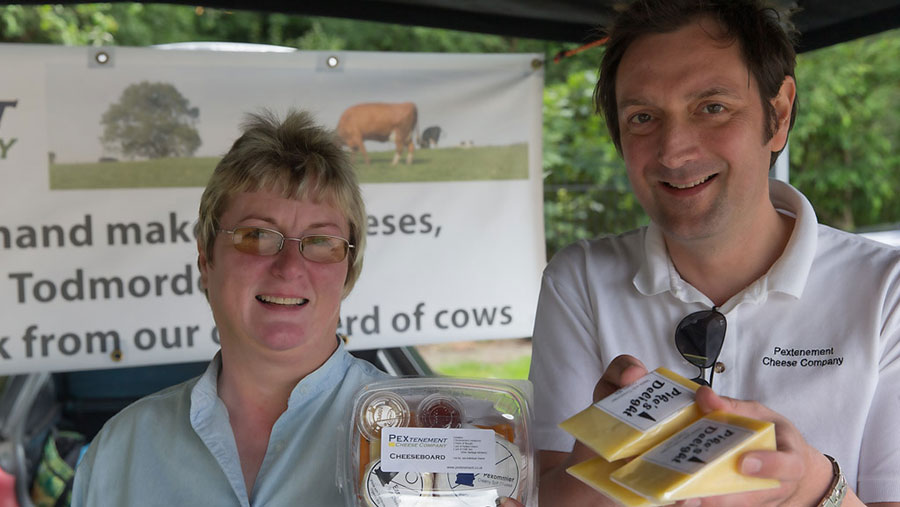 Director Carl Warburton says the company started producing organic cheeses in 2005 to add value to the business which had been hit by the low milk price.

His partner Sandra Evans and her brother Alan Sutcliffe run the dairy herd of 70 milking cows and 70 followers at Pextenement Farm, in Todmorden, West Yorkshire, where the organic milk is produced.

But Mr Warburton says average sales into the assemblies each month equate to a couple of good days on a farmer’s market.

The biggest advantage is unlike a farmer’s market, the Food Assembly does not involve standing around all day exposed to the elements, he adds.

“People place their order on the website, you get a print out two days before the delivery time of exactly what they want, so there is no wastage at all,” says Mr Warburton.

“We take that order to a collection point where people come and meet us, so we can talk about the products.”

The Stirling Food Assembly was launched in September 2016 and it has become the most successful in the UK.

In its first week alone, the assembly attracted more than 100 orders of local produce worth more than £2,000 in sales.

Now almost 1,000 customers are signed up to the scheme, which attracts about 80 orders every week and generates an average of £1,500 in sales.

Food producers keep over 80% of the sales for every product, compared to 15-25% through supermarkets.

Stirling-based charity Forth Environment Link, which hosts Stirling Food Assembly, has been blown away by the market’s success.

Clara Walker, Forth Environment Link’s director, said: “We are delighted the people of Stirling are so keen to support their local farmers and producers.

“This is great news for the local economy, for the farmers and producers who get a fair price for their product, for local people who can now get their hands on the best, freshest local produce available and for the environment by cutting down food miles and food waste.”

More details, including how to set up an assembly in your area, can be found on the Food Assembly website or by emailing support@thefoodassembly.com.