As an industry, agriculture often seems under siege from outside interests – whether it is opposition from environmental campaigners, consumer groups or even non-farming neighbours who simply don’t understand the sector.

In this special feature, five farming leaders explain in their own words how they decided to make a difference by getting involved with politics.

They reveal how they got started, how they get the farming message across, their achievements and the challenges they face. 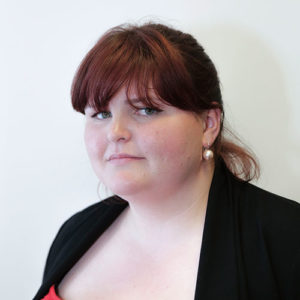 I got involved with politics because I can’t just sit on my hands, especially when nobody else is willing to volunteer.

I started by joining the YFC agriculture and rural issues group, which covers a wide range of issues – not just farming.

It was in at the deep end at the beginning – I didn’t completely realise what I was getting into. But I soon got my teeth into it.

As well as farming, we cover rural housing, broadband and education in agriculture. You learn a lot when you are around a table with a group of passionate people.

I enjoy going out and representing our members’ views.

I think it is really important that any problems facing the farming industry are fixed for the future – not just for five minutes, but as part of a long-term plan that benefits the next generation.

Top tip: You can learn a lot mixing with different people

I’m 28 and I’ve been involved for five or six years now. It can take a while to build your confidence and learn your way around, but I am naturally a bit gobby.

I’m not interested in making a name for myself, but I’m not afraid to sit in a meeting and say what our members think.

The biggest frustration is everyone in the industry is trying to do variations on a theme, but not coming together.

Farming is a broad church and our voice would be much more powerful if all the different initiatives came together in one big campaign.

There is a lot of grunt work, but my biggest success was representing young farmers alongside the NFU and other farming organisations during the 2015 dairy crisis.

Winning a place at the table was a great opportunity to put our members’ views across to retailers. 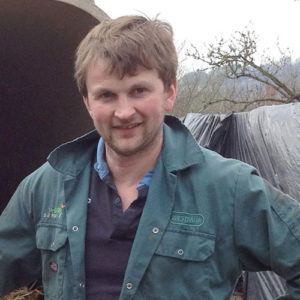 I’m the fourth generation of our family to be a parish councillor.

You see a lot of people moving into the countryside and I think it is important that somebody who has lived and worked here for a long time also has a voice in the local community.

I’m 34 and have been on Clayhidon Parish Council since last November, so it is very new to me – but it is good to have a say in what goes on.

Farmers are well represented on our council – we are dairy and beef farmers. A friend of mine, who is 33 and also a farmer, is a parish councillor, too.

I’m following in the footsteps of my great-grandfather John and my grandfather Tom, who were both chairmen, and my uncle Richard.

There were probably other parish councillors in our family going back further than that, but four generations is as far as we know.

Top tip: Given the number of outsiders moving to the countryside, it’s crucial to make the farming voice heard.

I’m enjoying finding out about all the things going on that people don’t always think about. There can be some frustrations, though.

The biggest is the lack of funding to maintain our country roads – many of them are going downhill rapidly.

We also discuss issues such as planning and broadband – they are meant to be bringing fibre through our parish, but it is under discussion at the moment. We hope it will happen, although it will stop short of our house.

It has been a quiet few months over the winter, but we have our annual general meeting in March, so we expect to see more people.

Overall, parish councils do make a difference and they make communities better places to live in.

For anyone thinking about getting involved in their parish council, I would say do it and don’t be scared – put your name forward. 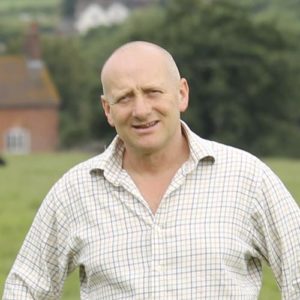 I campaigned against a planning application for a landfill behind the farm – and against the odds we overturned it at appeal.

I then got involved in local government.

One of my wife’s relatives told me you could stick a blue rosette on a donkey and win.

I lost by 156 votes. It was a valuable lesson. I was then asked to stand for the county council in 1997 and I lost again. But I was elected in a subsequent by-election. It was an education to go into the political bear pit.

Top tip: Be robust and stand up for your views.

But it was a good learning process and I got the hang of being robust with people and standing up for my views.

I became chairman of planning for the district and then had a break before being elected as a councillor again.

It’s important for farmers to engage with the local community, especially where demographics have changed over the years.

People move in and have different views. They often aren’t comfortable with how agriculture operates, so it is important to have farmer representation.

On our council, we have a wonderful county farms system. There are four farmers on the council, and we are able to defend that system.

Without that farming knowledge, there would be pressure to sell off those farms – as has happened in other urban-based councils. 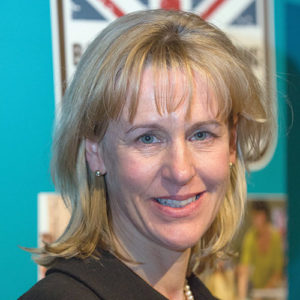 We had always been NFU members – and like a lot of farmers, we had very little to do with the organisation other than paying our membership.

But Dad was always adamant that if we paid our subscription, the NFU would be there for us in a time of crisis.

For us, that crisis came when we took on the farming business just as the support system was changing. We were in a place where succession was not going well – we lost all our suckler cow quota and I was at my wits end as to how to make the transition work.

Eventually, the NFU was able to help us out and I ended up being more involved and became county chairman for Wiltshire.

It is absolutely vital for farmers to engage politically. The strength of the union is the technical ability of its staff – fronted at all times by real farmers.

Top tip: A co-ordinated voice is better than a lone one.

I think my biggest achievement has been on bovine TB.

It has been like wading through treacle, but we’ve fought long and hard to ensure that farmers are better represented when it comes to government policy.

But it hasn’t gone far enough – it is unfinished business by a long way.

My biggest frustration is the fragmentation in the industry. We have to work better together.

With Brexit, as UK farmers, we are on our own – we don’t have the French farmers to hide behind or fight our corner.

We need to co-ordinate our voice much better if we are to achieve more. 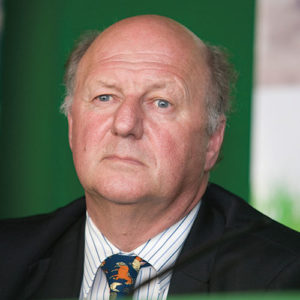 There was no eureka moment, but during my twenties I began to think increasingly of a political career.

I was committed to the farming industry, but I wanted to influence things more widely than just in the agricultural sector – although it was still central to my thoughts.

Like many people I had started with young farmers.

I represented Essex on the national council and then became the first chairman of the agricultural policy committee.

We launched a farming futures policy document and I found myself representing UK young farmers in Europe.

I came to the view that if you thought strongly about things, you should do something about them.

There was never any doubt which party to stand for – I was a natural conservative with a small ‘c’, and I stood for the district council when I was 26 and for parliament when I was 29.

When I became minister I think I really did make civil servants realise that agriculture was important – I raised the profile of the industry as opposed to all the other issues Defra was dealing with.

At the time it had become entirely environmentally focused at the expense of farming.

The biggest frustration is that you don’t have the power that people think you have.

Every decision you want to make has to go through multiple groups and processes before it can be implemented – and that isn’t easy, especially in a coalition government.

Politics is a 100% commitment. You can’t do it unless you are totally committed – it does take over your life.

You are completely in the public eye and open to media scrutiny. You have to be thick-skinned and accept, even as a minister, that decisions aren’t always up to you.