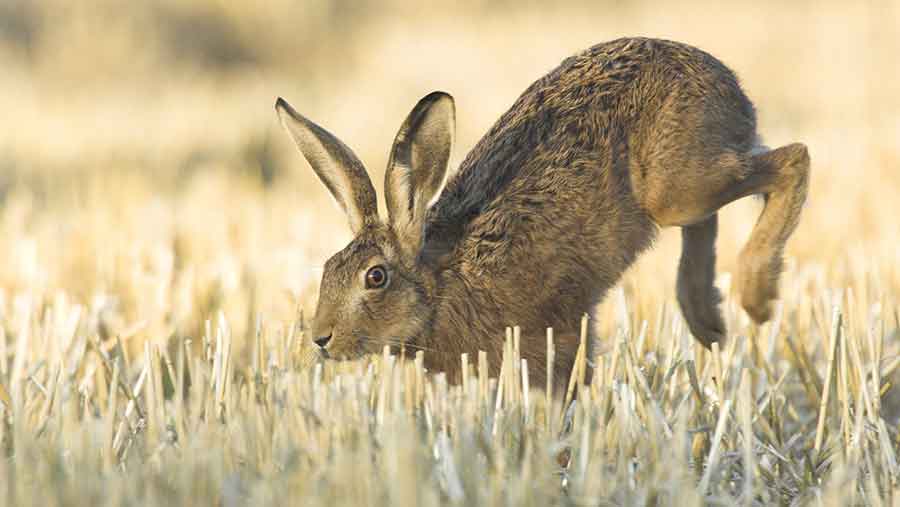 Police are stepping up action against hare coursers as another “season” of the illegal activity gets under way.

The start of September after harvest is when hare coursers become active again and the peak months continue until the end of March.

Although hare coursing has been banned for more than a decade, last year police forces across eastern and central England faced an increase in cases.

Lincolnshire Police said last season 176 men were arrested or reported for summons. This is compared with 65 men in the 2014-15 season.

During the busiest months of November and December, an average of 15 calls a day were being received, with the South Holland area the hardest hit, said the force.

Seizure of dogs and vehicles

Lincolnshire Police said Operation Galileo would focus on the seizure of dogs and vehicles during its annual crackdown.

DON'T COME TO LINCOLNSHIRE – well, that is if you are planning on hare coursing. You are not welcome. Hare coursing is illegal. Dogs seized.

Feedback from the farming community and also those caught hare coursing also acted as a deterrent to others, the force said.

The NFU said gangs of hare coursers threatened farmers and their families with violence and intimidation. The activity also damages crops and threatens the welfare of livestock.

NFU’s county adviser for Lincolnshire Gordon Corner said: “The message that Lincolnshire is a no-go area for hare coursers needs to be reinforced with more prosecutions and stronger sentencing.

“Lincolnshire Police and the NFU will work together to stamp out this worrying and pernicious crime.”

“Driving hare coursing out of the county is a priority for the rural crime action team and we will do all we can to catch those responsible and bring them to justice.”

To help rural communities share information with the police, a new text reporting service has been introduced, funded by the NFU.

Users can text the word “Hare” to 80800 followed by additional information, such as vehicle registrations. The 101 number should continue to be used where a police attendance is required and 999 for emergencies.

Hare coursing is a blood sport where dogs are used to chase, catch and kill hares.

It is illegal in the UK under the Hunting Act 2004, which makes it an offence to hunt wild mammals with dogs.  Anyone convicted of the offence can receive a fine of up to £5,000 by a magistrates’ court.

Hare coursing tends to start after harvest when large areas of land have been cleared of standing crops. It usually occurs at dawn or dusk.

Farmers can help police fight hare coursing by looking out for activity in your area.

The most obvious sign is groups of vehicles parked in a rural areas, perhaps by a gateway to farmland, on a grass verge, on a farm track or bridleway.

They will usually be estate cars, four-wheel drives or vans. It will be obvious looking inside whether there is evidence of dogs or not.

They often travel in convoy, with vans at the front and rear containing minders. They will often use binoculars to spot hares.

Coursers will often walk along the edge of a field to frighten a hare into the open.

If you see hare coursing taking place, or suspect it is happening in your area contact police immediately on 101. Do not approach the participants.