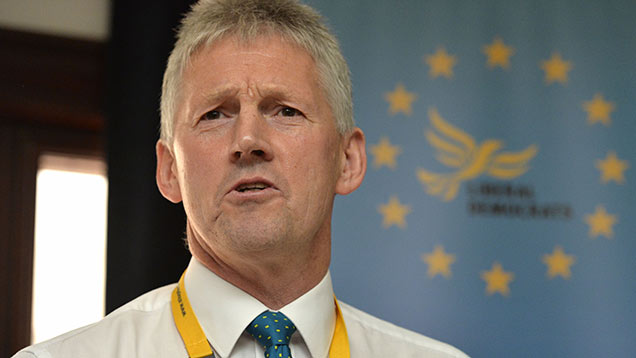 Former NFU Scotland president George Lyon is among four new board members at the Agriculture and Horticulture Development Board (AHDB).

He has been appointed to the AHDB as an independent board member.

In addition to their corporate board roles, they will also chair AHDB’s strategy boards for beef & lamb, cereals & oilseeds and pigs respectively.

The appointments mark another step forward in the quest by AHDB chairman Peter Kendall to rebrand the organisation as a centre of agricultural excellence.

Mr Kendall said: “They share my passion to both grow British agriculture and to develop AHDB into a leading centre for agricultural innovation.”

Mr Lyon said it would be a “massive task” to turn the AHDB into an organisation able to provide world class technical and marketing advice for UK farmers and growers.

But doing so was essential if UK agriculture was to take on and win market share from its competitors around the world.

He added: “I look forward to making a contribution to that goal.”

Hertfordshire farmer Mr Roberts stepped down from his part-time role at meat processor ABP to enable him to concentrate on this AHDB Board role alongside his farming commitments.

A Nuffield Farming Scholar, he is a partner in an organic beef and cereal farming business in Hertfordshire and Kent.

Mr Temple is a tenant farmer in a family partnership that runs a 312ha farm, with beef cattle, cereals, oilseeds and vining peas in Driffield, East Yorkshire.

As well as being a former NFU vice-president, he is a former chairman of Copa/Cogeca cereals, oilseeds and proteins group in Brussels.

Mrs Ward and her husband Steve farm a large arable enterprise in Lincolnshire, with 2,200 sows, and run a successful farm shop and restaurant called Uncle Henry’s.

Awarded an MBE in 2013 for her work on pig welfare, she served for many years as key member of the Farm Animal Welfare Council – now a committee.

The appointments take effect from 1 April 2015.