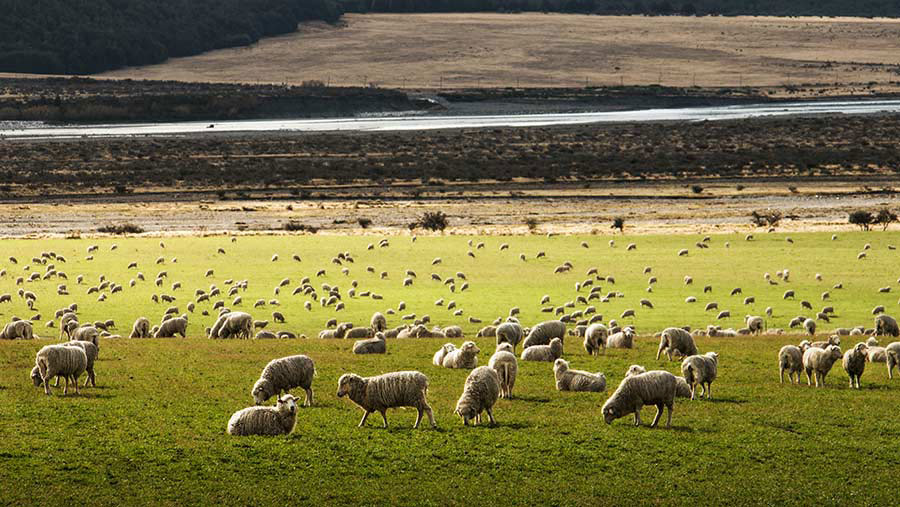 A Twitter spat has developed between UK farm assurance body Red Tractor and trade body Beef and Lamb New Zealand over the relative production standards for livestock in the two countries.

In response to news that a provisional free-trade deal has been struck between London and Wellington, Red Tractor was quick to share an infographic on social media, highlighting some of the perceived differences in on-farm standards. 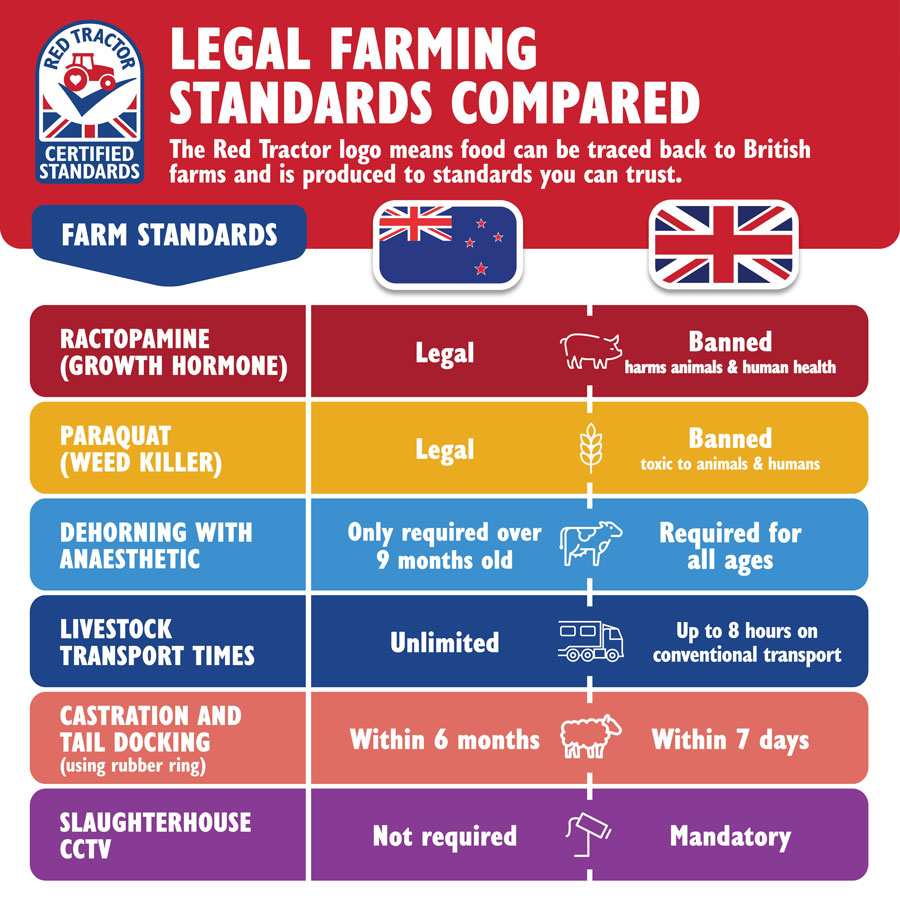 For example, it pointed out that the growth hormone Ractopamine had been banned in the UK, but was still legal in New Zealand.

It added that dehorning can only take place in the UK with anaesthetic, while this was only required for cattle over nine months’ old in New Zealand.

And it claimed that, while CCTV is mandatory in UK abattoirs, it was not required in New Zealand.

The graphic drew widespread applause from British farmers on social media, who also pointed to the additional food miles of importing red meat from the other side of the world.

But Beef and Lamb New Zealand has hit back, Tweeting “Hi Red Tractor. We are not sure if you’ve been to New Zealand recently, so we’ve done a corrected version for you”.

Its version of the infographic suggests that the growth hormone Ractopamine is also banned in sheep and cattle in New Zealand (though not in pigs) – which are the two products likely to be exported to the UK as tariffs are progressively cut under the trade deal. 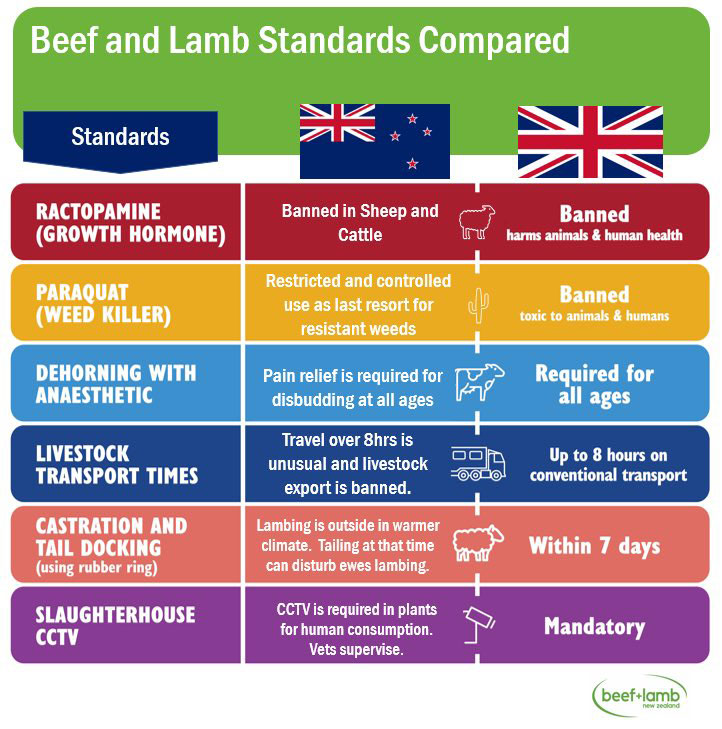 On dehorning, it says pain relief is required for disbudding at all ages (even if it is not anaesthetic).

And on CCTV in abattoirs, it says these are required in all plants in New Zealand where animals are killed for human consumption.

Other Red Tractor claims about the use of Paraquat weedkiller, livestock journey times, and castration and tail docking are also challenged.

Look for the Red Tractor logo – it means food is British, traceable, safe and farmed with care ✅ pic.twitter.com/Olz1u0KmC2