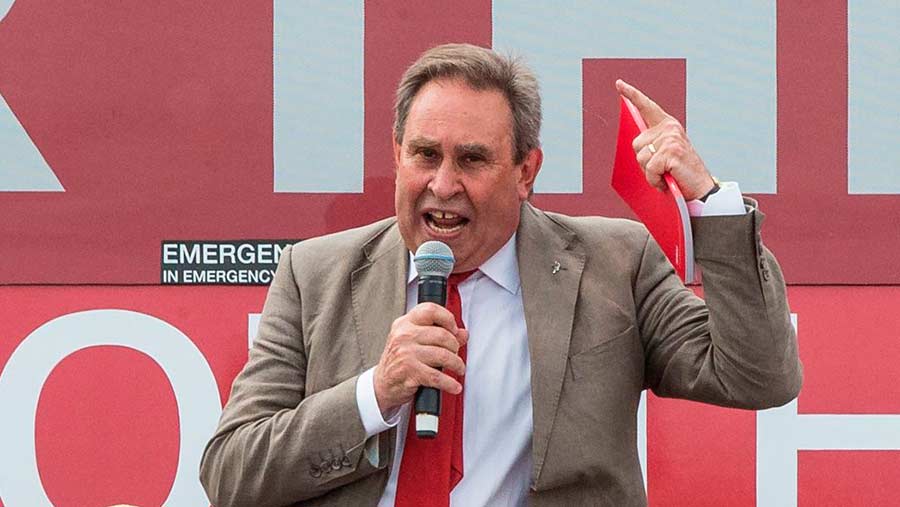 Stroud MP David Drew has pledged to give the government a hard time following his appointment as shadow Defra minister by Labour leader Jeremy Corbyn.

He is joined on the opposition front bench by Halifax MP Holly Lynch, who has been appointed shadow Defra minister with responsibility for Labour’s floods brief. The appointments were confirmed on Monday (3 July).

Mr Drew, who has been a vegetarian for 25 years said: “I will take a particularly close interest in the reform of agriculture – partly because of my long-term interest in farming, but also because of the nature of the Stroud constituency.”

We will give Mr Gove a hard time as much here as we did when he was in education. I am looking forward to sparring with him across the chamber Shadow Defra minister, David Drew

It is Mr Drew’s second time around as an MP. He previously served as Stroud MP from 1997-2010 before losing the constituency to rival Tory Neil Carmichael. He regained his seat in last month’s general election by a margin of 687 votes.

A former teacher, Mr Drew told the Gloucestershire Echo he was looking forward to locking horns with Defra secretary Michael Gove, who previously served as education secretary, as the government draws up its post-Brexit agricultural policy.

Mr Drew said: “We will give Mr Gove a hard time as much here as we did when he was in education, where not everything went to plan for him. I am looking forward to sparring with him across the chamber.”

Previously in parliament, Mr Drew campaigned against rural poverty. He served as a member of the House of Commons agriculture select committee, and its successor – the environment, food and rural affairs committee – from 1999 until 2010.

Ms Lynch was first elected to parliament in the 2015 general election. A former rugby player for Lancaster University, she has campaigned on human rights and increased her majority from 428 to 5,376 in last month’s general election.

Both shadow ministers will served under Workington MP Sue Hayman, who retains her post as shadow Defra secretary. Labour policies for agriculture include a ban on neonicotinoid seed treatments and an end to badger culling as a means of controlling bovine TB.