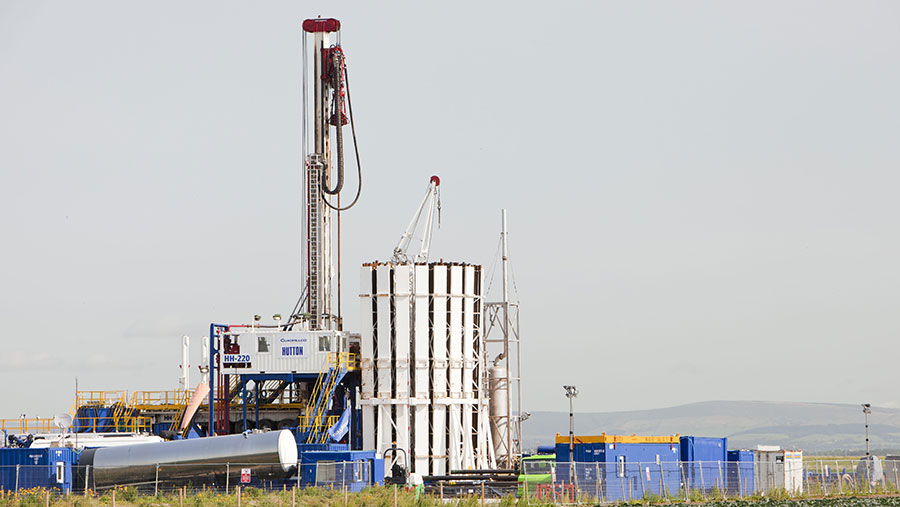 Landowners are seeking assurances from government that their businesses will be insured for any damage caused by fracking on their land.

The Conservative government is pressing ahead with shale gas exploration in the UK, despite strong opposition from green groups and local councils, who have raised concerns about the environmental impact.

The Country, Land and Business Association (CLA), which represents more than 30,000 landowners in England and Wales, has written to the government to demand action over fracking liability.

See also: Farmers at odds over fracking operations in Lancashire

In the letter, CLA deputy president Tim Breitmeyer urged energy minister Richard Harrington MP to speed up assurances to minimise liabilities that landowners could face as a result of shale gas operations on their land.

Mr Breitmeyer said: “The government has not made sufficient progress to properly tackle the long-term liability of fracking leaving landowners at risk long after drilling has stopped.

“Our members take a long-term view of land management and will continue to run businesses using land with shale gas developments on them long after an operator has left a site.

“It is critical that the right protections are in place to ensure the long-term integrity of well sites and remove any risk to future use of affected land.”

The government’s stated objective is to establish a world-leading shale gas industry in the UK.

But despite acknowledging there are risks to this policy, it is increasing the number of fracking sites in development without having an adequate solution to liabilities in place, the CLA said.

Over the past four years, the CLA has consistently raised the concerns of its members with numerous energy ministers, officials and the industry who have acknowledged the liability issue needs addressing.

To date, no solution has been provided to private landowners despite the continued growth of the UK shale gas industry.

The body representing the UK’s shale gas industry, UK Onshore Oil and Gas (UKOOG), said: “The decommissioning of our sites is an important part of the regulatory system which we take extremely seriously, and we have an excellent record of successfully decommissioning sites in the UK.

“The industry has made clear on a number of occasions that it has no wish to leave this responsibility to the taxpayer or the landowner.

The industry is discussing with government its longer-term needs as it grows, including plans for insurance-type products. This is a longer term objective as plans in place at present are more than adequate for the small numbers of wells being drilled.”

Energy firm Cuadrilla has started shale gas exploration on a farm at a site near Blackpool and the Fylde.

Barbara Richardson, a spokesman for anti-fracking group Frack Free Lancashire, said: “No one knows the long-term damage of fracking, but in countries such as the US and Australia where fracking has taken place, they are starting to find problems.

“If I was a farmer, I would be worried about the impact on my farm of fracking to animals through leakages, accidents and earth tremors.”

She advised all farmers to do their own independent research before they sign up to fracking.

“The energy companies will try to convince landowners that fracking is safe. But our view is that it is short-term gain for long-term damage,” she added.