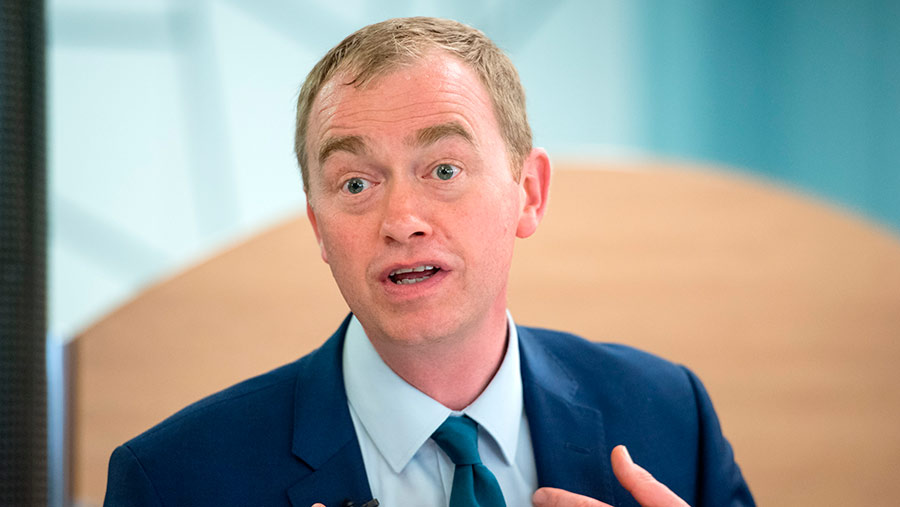 Maintaining access to the single European market and giving UK citizens a second vote on Brexit form the centrepiece of the Liberal Democrats’ manifesto, released on Wednesday (17 May).

“A bad Brexit deal, with Britain outside the single market, will wreck our children’s future and wreak havoc on our economy, our schools and our hospitals,” said a party statement. “It will turn Britain into a regressive, isolated and inconsequential nation.”

The manifesto goes on to declare “the vote to leave the EU puts farming and agricultural businesses in huge danger, threatening both cuts to the support that underpin farmers’ livelihoods, and tariffs on exports”.

“For agricultural products outside the EU, tariffs average 22.3% – putting Britain’s £18bn of food exports in danger.”

To counter this threat, the Liberal Democrats have made seven manifesto commitments for food and farming:

3. Introduce a National Food Strategy to promote the production and consumption of healthy, sustainable and affordable food.

4. Increase the powers of the groceries code adjudicator and extend its remit to include businesses further up the supply chain, helping to ensure farmers receive a fair price.

5. Continue to improve standards of animal health and welfare in agriculture by updating farm animal welfare codes and promoting the responsible use of antibiotic drugs.

The Liberal Democrat manifesto also puts an emphasis on protecting nature, which it says underpins key industries such as agriculture and tourism. It promises to: