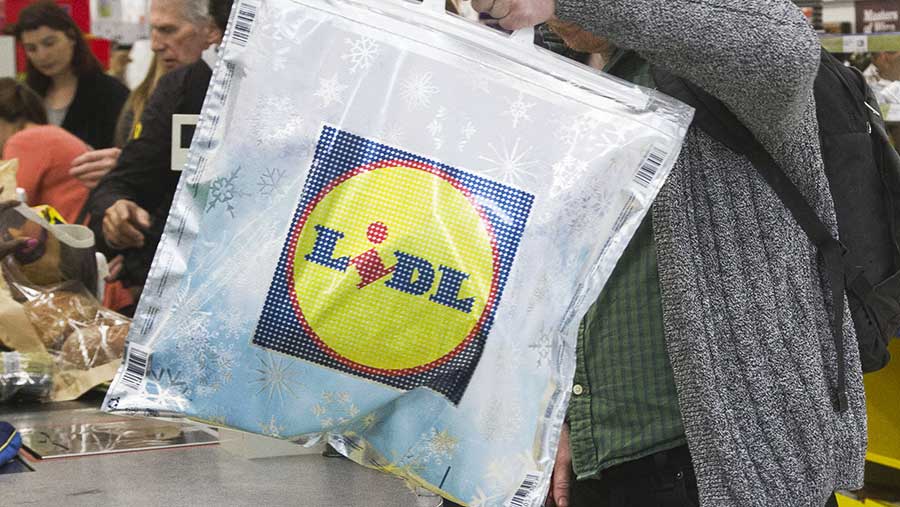 Lidl has become the second retailer to sign up to a scheme to back British farmers by sourcing more home-grown fruit and vegetables.

The German discount chain has followed Aldi and pledged its commitment to the NFU’s “fruit and veg pledge”, which aims to improve long-term relationships with British growers and suppliers, boosting their profitability.

The NFU charter urges supermarkets and shops to work with British growers in a bid to increase self-sufficiency in UK food production, which has dropped to about 60%.

The pledge includes a commitment to buy seasonal fruit and veg, source regionally and from local producers and honour price contracts for growers by not seeking to renegotiate agreements or impose back-dated charges or hidden penalties.

The NFU has publically called on all retailers, including Tesco, the largest, to sign up to the pledge, which took three years to draw up after the publication of its Catalyst for Change report.

The study exposed a culture of poor business practice and a short-term approach to relationships between growers, intermediaries and retailers, which was stripping out millions from the fresh produce sector.

Ali Capper, NFU horticulture and potatoes board chair, said: “We are delighted that Lidl has publicly committed to our pledge, highlighting its commitment to long-term supply relationships, equitable distribution of reward along the supply chain, and fair and respectful trading relationships.

“Our goal is to generate integrity, honesty and openness across the market and that can only come from the key asks within our pledge – which includes price certainty, transparent working and strong, long-term relationships that are fair for everyone involved.”

Ryan McDonnell, commercial director for Lidl UK, said: “We are keen to ensure our sourcing process supports the growth and development of UK growers, which is vital in encouraging more and more people, particularly our shoppers, to regularly eat more fruit and veg.”