Harvest is one of the most dangerous times of the year for farmers, with long hours and heavy machinery making the potential for fatal or serious accidents higher than usual.

One Welsh farmer who lost his leg in a combine harvester accident tells us his story and urges others to take care when operating agricultural machinery.

But he failed to turn it off before clearing a third blockage. His foot slipped and became trapped in the auger. He lost consciousness and woke up in hospital.

Fire and ambulance crews took almost four hours to free Mr Foord from the machine after his dogs raised the alarm.

But surgeons were later forced to amputate his right leg. The accident, which also broke his pelvis, left Mr Foord in hospital for six weeks in 2008. 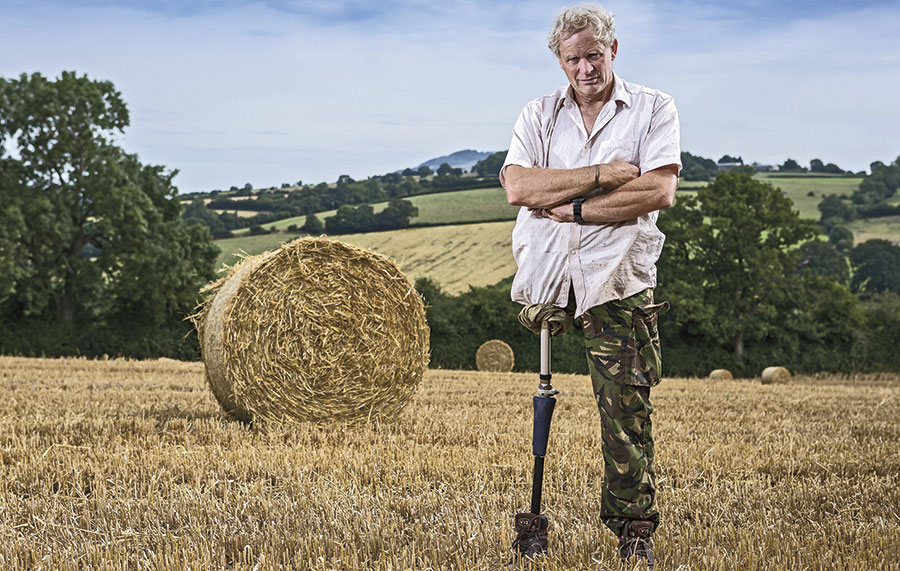 “I had driven a combine for donkeys years but 2008 was the first year I had used this machine and I hadn’t appreciated how much more clearance there was between the guard over the auger and the floor of the grain tank. I slipped and that was it.”

Nine years later, Mr Foord says he still counts himself lucky – despite losing his leg. But he says it took a long time to get mobile again.

“I’ve had an enormous amount of help from the hospital in Cardiff,” he tells Farmers Weekly. “It’s not too bad work-wise – things take a little longer, which can be frustrating but I can still do most things.

“The worst thing is not being able to do things like walking, which is something I used to like doing but can’t practically do any longer.”

Mr Foord said he was much better with a prosthetic leg than he would have been with a wheelchair.

It took a few months to get used to having a prosthetic leg, says Mr Foord.

“I can’t walk without sticks but I am the only person they know who wears out a knee-joint – I have to send them back every three or four months to get them serviced. On a farm they get a fair bit abuse.

Mr Foord is able to operate modern power-shift tractors, but some other machines have to be specially adapted so he can operate footbrakes by hand.

“The rest I can do with my left foot, but I try not to drive on the road as much as I can.” So much of what people do is a calculated risk, says Mr Foord. “We all take risks – you can’t avoid it when you are using any type of machine or tool.

“But you have to make sure you assess the risk and get the calculation right – and that is what I obviously didn’t do.”

10 tips for a safe harvest