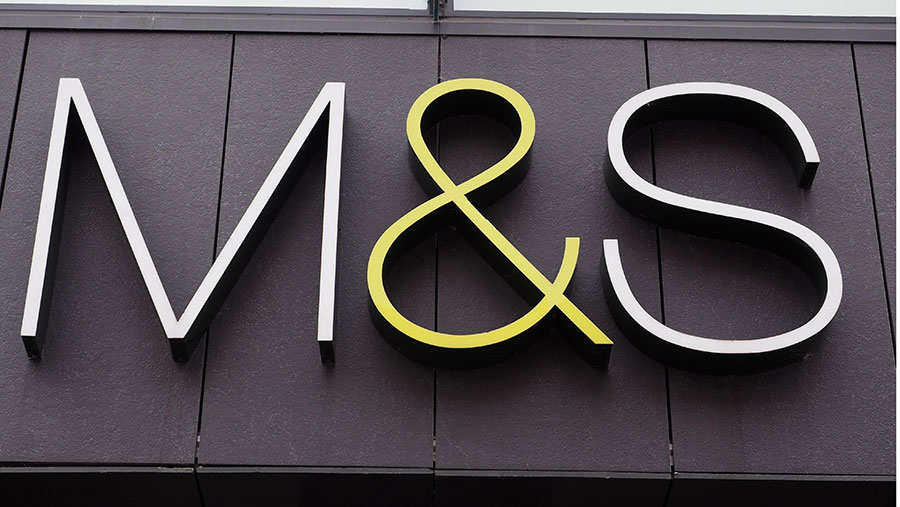 In a statement released as the news broke, Steve McLean, head of agriculture and fisheries at M&S, said the retailer would be continuing to support the farm involved and a team of independent specialists had “found that there was no distress among the animals, confirming that animal well-being wasn’t compromised”.

An investigation by inspectors from the farm’s local trading standards division did not detect any breaches of animal welfare, the statement said.

Mr McLean added: “One of our farmers made a mistake, so instead of cutting ties, we worked with the farmer to rectify the issue.

“We also took the decision to strengthen our standards by asking an independent to assess all of our dairy farms.”

The retailer is supplied by 37 farms, known as the M&S Milk Pool. Every farm in the pool has achieved RSPCA Assured certification after meeting 332 standards.

The certificate covers all aspects of cow welfare, such as calf rearing, accommodation and transport.

It means the 150m pints of milk sold in M&S stores each year will now come from farms which have the highest animal welfare standards.

Mr McLean, said: “We know how much animal welfare matters to our customers. RSPCA Assured standards are the highest in the dairy industry and we are proud of our farmers who work hard day in, day out to enable us to achieve this for our milk pool.”

All Simply M&S-branded milk will now feature the RSPCA Assured logo on its packaging.

What else does this mean?

M&S has also published the RSPCA Assured assessment reports for each of its Milk Pool farms in the form of an online interactive map.

It shows consumers where M&S milk is sourced and provides a summary of results for each farm.

Mr McLean added that no other retailer has this level of transparency or standards in its dairy supply chain.

Clive Brazier, chief executive officer of RSPCA Assure, said: “This is a major step forward for improving dairy cow welfare and we hope other retailers will follow suit.”

How the assessment works

Each of the 37 farms were visited by RSPCA assessors during April, May and June this year and were checked for 332 standards.

The average number of non-compliances was two per farm, meaning on average 99% of standards were met.

Assessors found 14 farms met all of the standards and all non-compliances were corrected by mid-July, giving M&S Milk Pool farms RSPCA Assured status.

Each of the 37 farms will be assessed by the RSPCA assessors annually.

In addition, they will be subject to unannounced visits from the RSPCA’s farm livestock officers, receive a twice-yearly audit from M&S assessors and are also required to be Red-Tractor Assured.