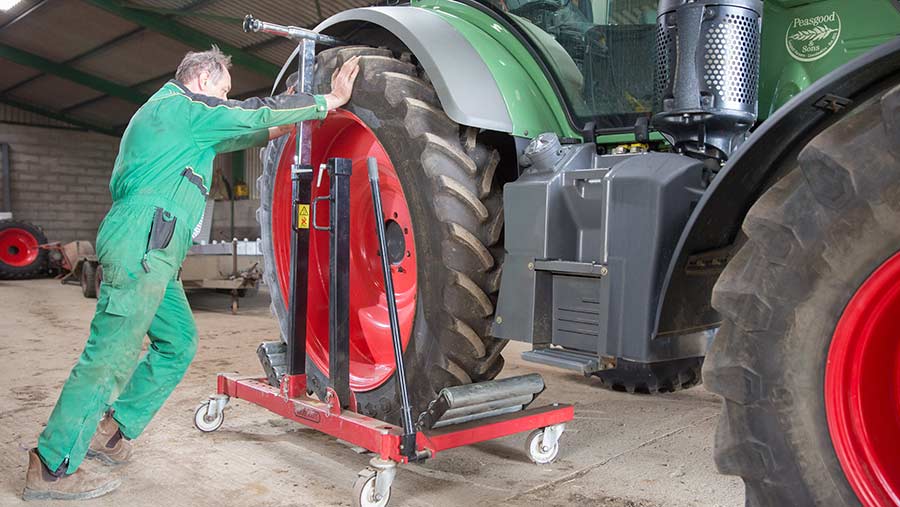 A major safety drive aims to reduce farm deaths this harvest amid mounting concern that agriculture has a fatal accident rate higher than any other UK industry.

Detailed accident statistics will lay bare farming’s death toll when they are published at the Royal Welsh Show on Monday (24 July).

They follow a Health and Safety Executive (HSE) warning that agriculture’s fatal accident rate is 18 times higher than the UK industry average.

Some 27 people lost their lives on British farms last year, according to HSE statistics.

Details of those accidents will be published to coincide with Farm Safety Week (24-28 July) – which will highlight the need to reduce the “excessively high” rate of agricultural accidents.

Summer and autumn are among the most dangerous times for farm work.

Vehicles and heavy machinery are among the major causes of death and injury on farms, with many farmers working long hours. But so too are livestock and falls from buildings or roofs.

This year’s Farm Safety Week aims to remind people that “farm safety is a lifestyle, not a slogan”.

Co-ordinated by the Farm Safety Foundation, it is supported by the main UK farming organisations and farm safety partnerships in England, Scotland, Wales and Northern Ireland.

Each day during the week will focus on a different aspect of farm safety.

At the same time, farmers are challenging one another to make 30 safety improvements in 30 days in a bid to reduce the accident rate in agriculture.

NFU vice-president Guy Smith, who is also chairman of England’s Farm Safety Partnership, said: “Every week the HSE sends me notifications of farm fatalities. It is by far the most depressing part of being NFU vice-president – particularly as the circumstances are similar.”

Deaths last year include a 30-year-old young farmer who was killed in a combine harvester accident in September on the family farm near Dungannon, County Tyrone. Less than a week later, a woman died in a tractor accident near Corwen, Denbighshire.

More recently, a shock increase in farm fatalities saw 10 deaths on UK farms in February alone – prompting farm leaders to call for increased vigilance in and around farmyards.

The death toll compares with a more “normal” rate of three fatalities per month.

Ulster Farmers’ Union president Barclay Bell said injuries were also serious and could have a devastating impact on farm businesses.

Many were common place, particularly when dealing with livestock, with the gap between injury and death uncomfortably narrow.

Mr Bell said: “As farmers, we are all well used to bumps and cuts.  But when those become more serious – for example, broken bones or life-changing injuries – they can have a serious impact on a farm business.”