Both men emerged victorious after a “three-into-two” vice-presidential election contest, which was held at NFU Scotland’s annual meeting in Glasgow on Friday (8 February).

Mr Kennedy was re-appointed for a further two years after working in the role the past two years.

He was elected alongside Mr Adam, who has been chairman of the livestock committee for the past four years.

Both men beat off stiff opposition from Perthshire grower Ian Sands, who missed out being elected in a closely fought contest.

“I’m delighted to have been re-elected,” said Mr Kennedy. “I think I’ve got a lot to offer yet. There’s still a lot of uncertainty over Brexit and we need to be in a position where we can drive policy forward.

“We have so many challenges with climate, biodiversity, supporting agriculture, but we can’t forget that food production is still at the heart of what we do.”

Mr Adam said: “I’m absolutely delighted to have been elected.

“We are facing enormous challenges and there’s an awful lot at stake. But it’s an opportunity and we have to make sure that changes allow us to get better arrangements on the things that have troubled us in the past.

“We need to be more inclusive of all the sectors and the people who may feel in the past that they’ve had a secondary role. I’m talking about including young people and women.

“The people who have got the drive who want to come in, I am very much in favour of adapting our businesses to do that.”

NFUS president and Dumfries farmer Andrew McCornick will remain as president for a further two years after his position was uncontested.

Congratulations to @MrCharlieAdam and @MartinKennedyVP on their successful election as @NFUStweets Vice Presidents. Look forward to working with you both ?

Charlie Adam, of, Braeside, Leochel-Cushnie, Alford, Aberdeenshire, is married to Clare and they have two grown up children. 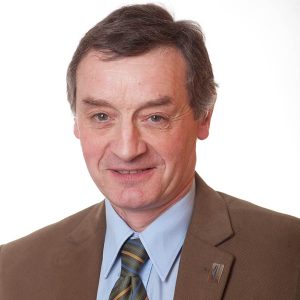 After being brought up on the family tenanted farm on Deeside, Mr Adam went out on his own at Braeside in 1982.

Braeside is now owned and runs to 135ha with some seasonal fields also taken. They grow about 52ha of spring barley for malting and run a 100-cow spring-calving suckler herd put to Charolais bulls. 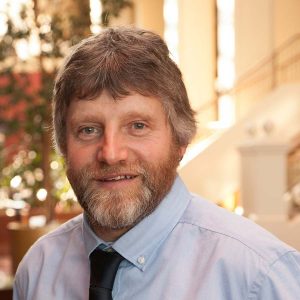 Martin Kennedy, of Lurgan Farm, Edradynate, Aberfeldy, is a tenant farmer in Highland Perthshire and farms with his wife Jane and three daughters, Jillian, Katrina and Yvonne. They have 600 ewes and 60 cows on the farm rising from 800ft to over 2,500ft.

Mr Kennedy served two years as Highland Perthshire branch chairman, before representing east central region on the LFA committee in 2009. He then went on to be vice-chairman then chaired the committee for three years. He has served as vice-president of NFUS for almost two years.