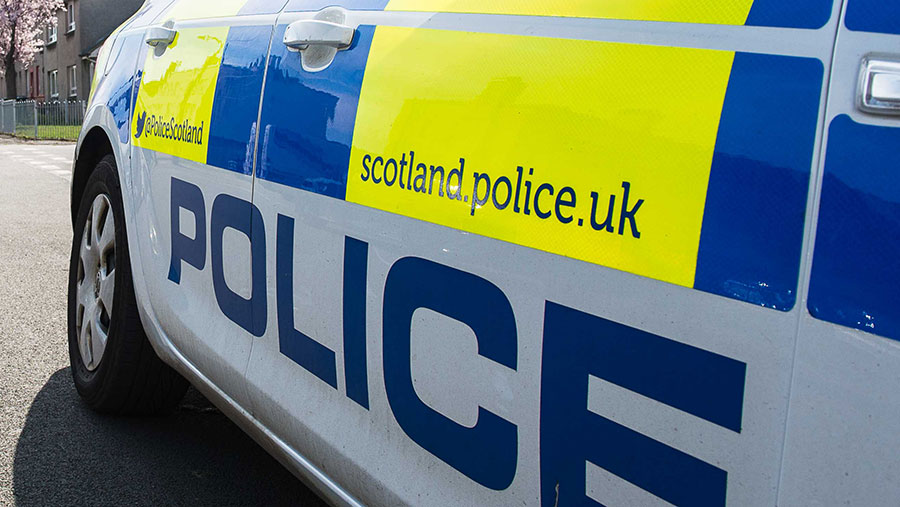 A gang of masked men with a machete terrorised a family in Scotland while stealing cash, jewellery and a Range Rover from their farmhouse.

The family, who live at Castlehill Farm in the Kittochside area of East Kilbride, were woken up at 4am on Saturday (14 April) to the sound of smashing glass.

The 55-year-old man, 56-year-old woman and their 26-year-old son went downstairs to find four men, who threatened them with violence and demanded they hand over their money and valuables.

See also: How to stop thieves stealing your Land Rover

One of the men had a machete and used it to strike the older man in the leg.

The family were then held in an upstairs bedroom while the suspects ransacked the property. They took a sum of cash, jewellery and car keys before leaving the farmhouse and joining another man who was waiting outside in a black Nissan Qashqai.

They also stole a black Range Rover and damaged the front of the vehicle while leaving the scene, which they abandoned in the Mount Vernon area.

One of the men is described as being in his early 20s with a local accent, and was wearing a grey hoodie.

The rest of the men also had local accents and were wearing dark clothing with scarves and balaclavas covering their faces.

Officers were called to the property at about 4.30am after the suspects left.

Detective Sergeant Alan MacDonald from Cambuslang CID said: “This group of despicable individuals completely terrorised this family and made threats of extreme violence, which made them genuinely fear for their lives throughout the ordeal.

“They have been left absolutely traumatised and it is vital that we trace the criminals responsible for this abhorrent incident.”

DS MacDonald has appealed for anyone in the area at the time of the incident who may have noticed a black Nissan Qashqai or black Range Rover to get in touch.

He also urged anyone with a dashcam who was driving in the area at about 4.30am to contact police, as they may have captured footage of the suspects making off from the scene.

Anyone with information can contact Cambuslang CID by calling 101 and quoting incident number 0782 of Saturday 14 April 2018. Alternatively, call Crimestoppers anonymously on 0800 555 111.