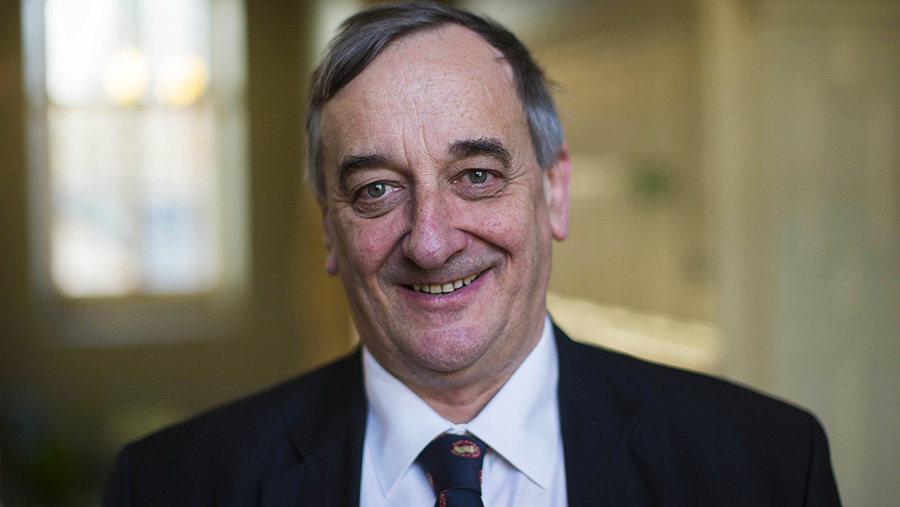 Former NFU president Meurig Raymond has been awarded a CBE for his services to farming in the 2019 New Year’s Honours list.

The Pembrokeshire farmer, who served 14 years as a national office holder for the union, stood down after four years as NFU leader in February 2018.

She said: “Meurig has been a fantastic advocate of British farming for decades and continues to be a stalwart of the industry, championing British farming in all he does.

“During his time as president of the NFU he was a tireless worker for his members and I am incredibly pleased to see his achievements recognised by receiving this honour.”

Ms Batters said Mr Raymond always had what was best for British farmers at the forefront of his mind during his time at the union – whether in Westminster, Brussels or further afield.

He had made it his mission to represent their interests to politicians, civil servants, the supply chain and the wider industry, she said.

“He was acutely aware how important British farming was to the country in its role producing safe, traceable and affordable food to the public and he was driven by a desire to ensure British farmers were fairly rewarded for their work.

“Meurig is a passionate supporter of British farming and this always shone through in his work representing farmers and growers.

“I am proud to have worked with him as part of the NFU’s officeholder team and I want to congratulate him on receiving this honour.”

Other recipients of honours include Sally Bendall, of Hollow Trees Farm, near Hadleigh, in Suffolk, who was awarded a British Empire Medal for her services to the agricultural sector.

For the last 20-years, Mrs Bendall has helped children learn about the importance of food and farming – while running a family farm, farm shop and visitor attraction.

She also provides farm trails, work experience and apprenticeships, and set up an interactive student food and farming careers day for local schools.

Farmer, agricultural advocate and former banker John Henning, board member of the Centre for Innovation Excellence in Livestock, was awarded an OBE for services to agriculture.

Mr Henning spent his professional career as a banker specialising in agribusiness for over 30 years before retiring as head of agricultural relations at Danske Bank UK in December 2016.

A Nuffield scholar and past president of the Ulster Grassland Society, he runs a pedigree herd of Aberdeen Angus cattle and continues to advocate for the agri-food industry.

Farmer and former rugby international Doddie Wier was awarded an OBE for services to rugby, motor neurone disease research and the community in the Scottish Borders.

Lyndon Edwards, a livestock farmer from Dingestow, Monmouth, also a livestock procurer for ABP and a former livestock chairman of NFU Cymru, was awarded an MBE for services to farming and the community in Monmouth.

Anne-Marie Hamilton, chairman of the Bedfordshire and Cambridgeshire Rural Support Group, was awarded an MBE for services to the farming community and to charity.

Ann Turner, former principal and chief executive of Myerscough College, Lancashire, and current interim principal of Moulton College, was awarded an  MBE  for services to land-based education and training.

Bernard Rimmer, farmer, Hereford cattle breeder and estates supervisor at Myerscough College in Lancashire, was awarded an MBE for services to the agricultural community.