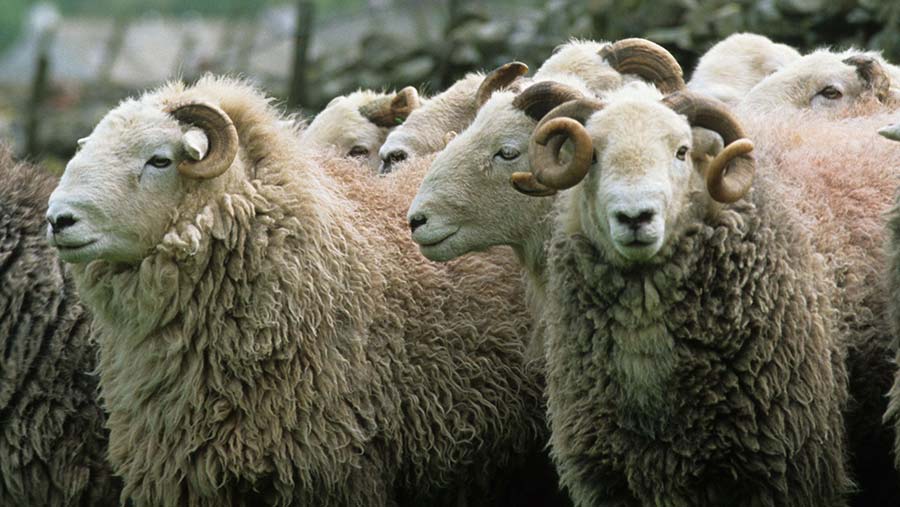 The National Trust has bought a large hill farm in the Lake District, which sheep breeders have branded a “disaster” for Herdwick sheep farming.

According to reports, the National Trust is understood to have bid £950,000 to acquire Thorneythwaite Farm in Borrowdale, Cumbria.

Two local farmers bidding for the land were said to have offered £500,000 maximum, but the National Trust’s bid is said to have “blown them out of the water”.

Currently, the farm is home to 413 hefted Herdwicks, but the shepherd has left.

The Herdwick Sheep Breeders Association said that following the National Trust’s acquisition of the land, their future was now uncertain.

Come on @nationaltrust we don't want to be critics.

.@nationaltrust decision is disturbing because it signals indifference to the old farms/flocks being the building blocks of this landscape

The association, which represents more than 200 Herdwick breeders, said on Twitter: “Thorneythwaite Farm Borrowdale is no more thanks to the National Trust coming straight in with a bid of £950,000 for the fell land at the recent auction.

“This blocked local farmers from any chance of buying the farm as a whole. The farmhouse was subsequently sold separately.

“There are 413 hefted Herdwicks now left on the fell without a shepherd. Another farm lost. Hopes that the farm could be taken on by a new young fell farmer have been dashed.

“Another blow to the community of Borrowdale. SHAME on you National Trust.”

Very odd for the NT to abandon its support for Herdwick farming in Borrowdale, Wildlife conservation starts at the farm. @herdyshepherd1

The National Trust has released a statement on its website confirming that it had acquired the farmland at Thorneywhaite Farm “following a successful bid auction”.

The land was split into two plots by the auctioneers – the farmland and a farmhouse. The trust used its charitable funds to bid for the land rather than the building, which it said it could not afford due to its “limited funds”.

“This beautiful landscape will now be looked after forever, for everyone,” said the trust’s statement.

“We are passionate about conserving the beauty and uniqueness of the Lake District.

“We bid for this land because it offers such amazing places for wildlife, including woodland featuring veteran trees, riverside fields, open craggy fell and wood pasture.

“It’s home to a wealth of important wildlife, including redstarts and pied flycatchers.”

Trust ‘yet to decide’ farm future

The National Trust has yet to decide how it plans to manage the land.

“We may seek one or more tenants and will work alongside them and others to deliver our aspirations for this special place,” said the trust.

“We will be developing more detailed plans over the coming months.”

It added: “We believe we can look after this land in way which benefits nature, our visitors and the local community.

“Managing much of the surrounding land in Borrowdale means we can take a ‘big picture’ view of how we manage the wider landscape, and it allows us to focus on delivering healthy soil, natural water management, thriving natural habitats and continued public access.

“We will also explore how we may be able to use the farm to slow the flow of the Upper River Derwent, thereby contributing to the prevention of flooding downstream in communities such as Keswick and Cockermouth.”