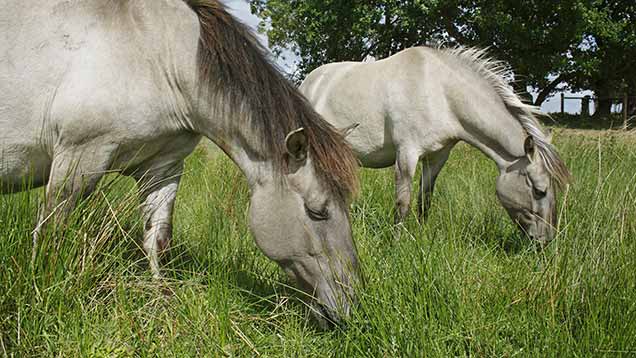 Farmers and landowners will soon be given more powers to swiftly resolve cases of fly-grazing.

A Control of Horses Bill for England was successfully passed through the House of Lords on Wednesday (18 March).

The updated law will require landowners to keep any abandoned horses and ponies placed on their land for only four working days, as opposed to the current two weeks.

It will allow more options to dispose of horses besides public sale, such as gifting them to a charity, selling them privately or humane euthanasia.

The bill will receive royal assent within the next fortnight and will become enshrined in law before the general election in May.

The new legislation will help deter and swiftly resolve cases of fly-grazing – the practice of placing horses on private and public land without permission.

It will bring England into line with Wales, which introduced a similar law in early 2014 and may have led to the practice growing in England, where charities estimate about 3,000 horses are currently being fly-grazed, causing misery for horses, communities and taxpayers.

Farming and countryside organisations have welcomed the new laws, saying they will simplify the process for landowners to remove abandoned horses and ponies from their land.

Henry Robinson, president of the Country Land and Business Association, said: “We are pleased that farmers and landowners will no longer suffer damage to their land and risk liability for horses that are not theirs and that they can deal with illegally left horses in a more timely and cost-effective manner.

“Our members have long been disadvantaged by existing laws used to address fly-grazing and we are pleased the government has now responded to their concerns.”

NFU deputy president Minette Batters said: “The new legislation will enable farmers and landowners to remove unwanted horses from their land and in a much more straightforward way, while action will be less expensive to take.

“Farmers can suffer significant financial losses caused by fly-grazing, so they need the option of taking action quickly to reduce or prevent damage.

“The law will also make a big difference to horse welfare, as charities have been struggling to help the thousands of horses being bred indiscriminately and kept without proper care.”

The Local Government Association said the bill would give local authorities more powers to seize illegally grazed horses and ease the financial burden on cash-strapped councils.