The NFU has elected Minette Batters as its first female president in the organisation’s 109-year history.

Wiltshire beef, sheep and arable farmer Ms Batters held off a challenge from Essex arable farmer Guy Smith, who was promoted to deputy president after two years as vice-president.

Hertfordshire farmer Stuart Roberts was elected as vice-president after emerging victorious in a five-way challenge.

The new team has already signalled its intent to hit the ground running at a key time for agriculture with the uncertainty surrounding Brexit.

Farmers Weekly has spoken to all three leaders to find out their vision for farming in what promises to be a pivotal two years for UK agriculture. 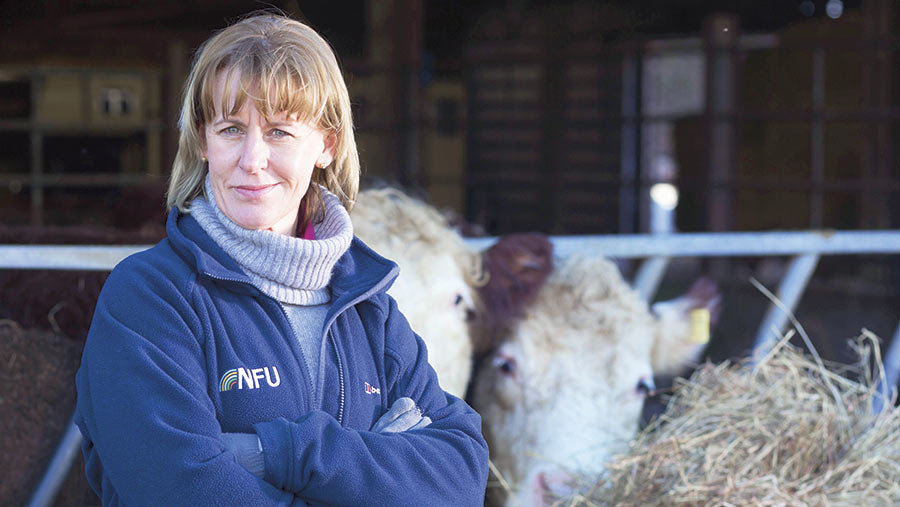 Minette Batters has vowed to get on the front foot, fight for British farmers and tell the nation why a strong domestic agricultural industry matters.

The Wiltshire tenant farmer says she is honoured to become the first female NFU president in the union’s 109-year history. She was elected to the role on Wednesday (21 February) after serving as the union’s deputy president for four years.

A beef and sheep producer with arable interests, Ms Batters says farmers are the best custodians of the countryside. But she warns that they are coming under increasing fire from animal rights activists, environmentalists and militant vegans.

With consumers more interested in where their food comes from, growers and livestock producers “cannot afford to be silent”, or this void will be “filled by others”, she adds.

“We have seen it with veganism, the badger cull and crop protection. We have been an industry under attack, but reacting to the noise is the worst thing farmers can do,” she tells Farmers Weekly.

“Actually, farmers should be really proud of what we do and we need to get those messages across. It’s about being more positive, less reactive.”

A good Brexit deal for UK agriculture is her top priority – with a free-trade deal with Europe and agriculture featuring in the wider trade negotiation package. A bad deal would see the UK leave the EU in March 2019 under WTO rules and farmers unable to make plans.

Ms Batters acknowledges that trade negotiations can take a long time – Canada’s trade deal with the EU took seven years to complete. She is determined to get the best possible deal for farmers and growers across England and Wales.

But she warns that cutting ties with “our biggest customer”, the EU, would be very damaging, as nearly 90% of UK sheepmeat exports, 80% of dairy exports and 75% of our wheat/barley exports go to Europe.

She wants the NFU to attract younger, commercially-focused farmers. Therefore, it must ensure its package is relevant for young farmers working in different sectors across the country.

Under her leadership, Ms Batters wants to address the “hideous fragmentation” in the industry and work more closely with other organisations, including the Tenant Farmers’ Association and the Country Land and Business Association.

“It’s about team NFU, but it’s also about team British agriculture,” she maintains.

Ms Batters says Brexit is a chance for the government to work with the industry to restore fairness in the supply chain. “The farming industry takes most of the risk, yet it cannot push the costs up the chain.”

But without the cushion of direct subsidies from market forces, she believes the government must take lessons from France and Australia and look at minimum price opportunities to help farmers on the issue of low prices.

“If you remove direct payments, the functioning of fairness in the supply chain becomes absolutely crucial,” she says. “This has to be now about government stepping in and getting involved.”

Ms Batters is pleased that the government is committed to eradicating bovine TB and is using “every available tool in the toolbox”, including tackling the disease in wildlife and stricter cattle testing regimes in the edge area.

“We feel the badger cull is working. It’s essential we do it and get them [culls] rolled out,” she adds.

Ms Batters wants more partnerships between the police, farmers and the industry to increase efforts to tackle rural crime. She also says the industry must “clean up its act” and improve its poor farm safety record.

One of her biggest challenges, she adds, will be ensuring food security. In this volatile world, she says, the government is wrong to allow self-sufficiency in food (currently about 60%) to slide, and rely on imports.

But she is pleased that Defra secretary Michael Gove has promised to safeguard British standards in Brexit trade deals. She believes the Red Tractor could be used as a unique selling point to trade more British food, both at home and abroad.

“Outside the EU, there is a real opportunity to introduce a British identity and get rid of a lot of extra on-farm inspections, which are very frustrating for farmers and add more expense to the supply chain.”

But if Mr Gove’s green Brexit is to achieve its environmental aims, British farmers must be backed as the first supplier of choice for retail, food service and exports. “I genuinely believe that all farmers are environmentalists, but their businesses are totally reliant on producing food,” she says.

“You farm to produce food and care for the environment. But it’s that way around. It’s about having a viable business that is innovative and uses the best science available so that we can impact less.” 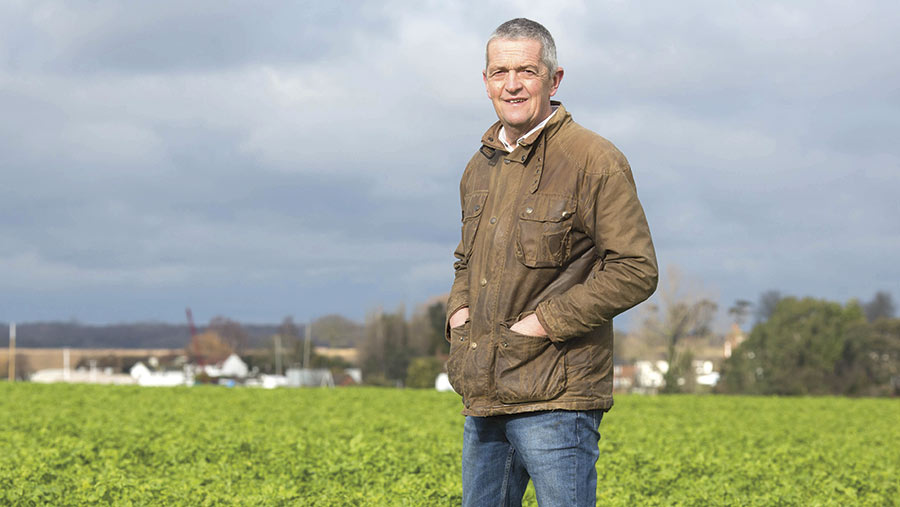 NFU deputy president Guy Smith has pledged to challenge Defra secretary Michael Gove over his Brexit vision for agriculture – and insists farm support must not be redistributed out of the sector.

Mr Gove’s focus on securing a “green Brexit” was in danger of marginalising growers and livestock producers, said Mr Smith, who fought off challenges from Hertfordshire farmer Stuart Roberts to be elected NFU deputy president.

“It seems like he wants the whole of his policy delivered through the environment – and we worry about where that might leave food production,” added Mr Smith, who previously served four years as union vice-president.

It was vital that Mr Gove had a vision for commercial agriculture, he said, rather than viewing farmers purely as deliverers of environmental goods. Detailed policy proposals rather than vague aspirations were needed so farmers could plan their businesses.

It was vital that any money saved from a switch away from the current system of direct payments should be ring-fenced for agriculture and remain within the industry – even if it was spent on environmental measures, said Mr Smith.

“We are not saying we are in favour or against the principle of capping [payments]. What we want to know is what will happen to the redistributed funds. The government does not have a good track record when it comes to suddenly redistributing funds within its agricultural policy.”

Hertfordshire farmer Stuart Roberts, who was elected NFU vice-president, says the NFU’s priority is to communicate its own clear vision for agriculture which is also relevant to the wider non-farming public as well as its own members.

Mr Roberts, a beef and arable producer who also has farming interests in Kent, said: “Society is changing, people are changing and the world is changing. We need to look at ourselves as an industry and embrace the new world that we are all entering.”

The NFU needed to be bold – going to the government with proposals and answers as ministers sought to devise a new agricultural policy for the UK as it left the European Union. “Let’s work out where we need to change, but let’s never forget producing food for society is a good thing.”

It was important that the NFU worked with other interest groups, not in isolation, said Mr Roberts. “That means working across the piece, making alliances, and not being precious about who we sit around a table with.”