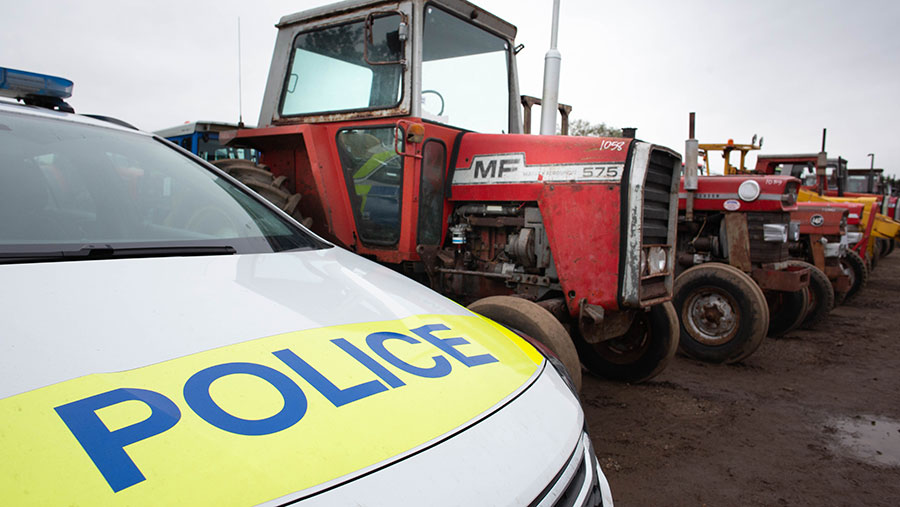 A new specialist police unit has been created to disrupt organised gangs stealing farm and construction machinery, both in the UK and abroad.

The Agricultural and Construction Equipment (ACE) unit will be managed and operated within Opal, which is the national intelligence unit focused on organised theft across the UK.

Part of ACE’s work will be to target organised crime groups that steal farm machinery in the UK and ship it abroad to be sold, and the unit will work quickly to try to recover stolen machinery.

The new task force will be able to draw on Opal’s significant resources, including intelligence analysts and police officers.

Det insp Ernie Locke from Opal said: “Our role has many facets, including problem-solving skills; delivering the ‘four Ps strategy’ of prepare, prevent, protect and pursue; identifying emerging threats; and intelligence on a regional, national and international level.”

Farm vehicle theft cost UK farmers £9.3m in 2019, according to NFU Mutual’s rural crime report, published last year. Updated figures for 2020 will be published by the rural insurer on 3 August.

“The launch of the ACE team will massively help the fight against agricultural machinery theft – the sharing of intelligence and targeting of organised crime groups in this specialist area of theft is key,” he said.

The unit has been funded by the Agricultural Engineers Association (AEA) and the Construction Equipment Association, as well as insurance companies, including NFU Mutual.

Stephen Howarth, AEA agricultural economist, said: “As well as the financial cost, theft of agricultural vehicles can be incredibly disruptive to farm businesses, which often need to carry out activities in a limited time window, often at short notice.

“We welcome the new ACE team and look forward to working with them to drive down this significant element of rural crime.”