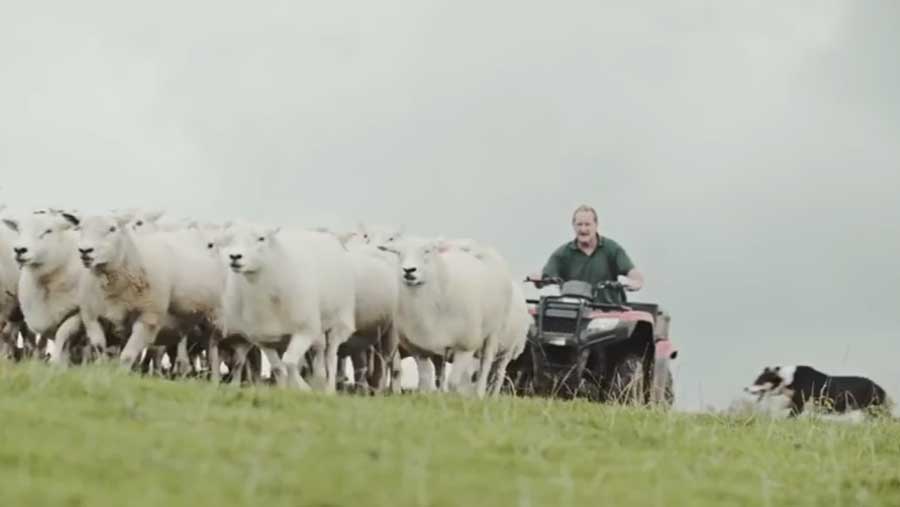 NFU Cymru is embarking on a major new TV advertising campaign to promote the work it does to help Welsh farmers.

The TV ad, which features the strapline “NFU Cymru We’re here for you / NFU Cymru. yma ar eich cyfer chi”,  debuted this week on ITV and S4C and shows the life on three typical Welsh farms.

They explain to viewers how NFU Cymru helps farmers and their businesses by providing advice, representation to government and delivering a strong voice for the industry.

NFU Cymru president Stephen James said: “This is a first for NFU Cymru. We have never before launched such a fair reaching, all-encompassing advertising campaign. “We want to show Welsh farmers that we have faith in the future of our industry and together we have a stronger voice.”

The ad campaign will run over the next 12 months and will feature sponsorship advertising around episodes of Cefn Gwlad (Countryside) on S4C, primetime daytime and evening adverts on ITV. Radio adverts can be heard on all the major commercial Welsh radio stations.

The campaign builds on NFU Cymru’s “It’s Time To Back Welsh Farming” initiative, which has been running this year and asks the public to support Welsh farmers.

NFU Cymru has nearly 15,000 members in Wales, and represents the majority of farmers in Wales.