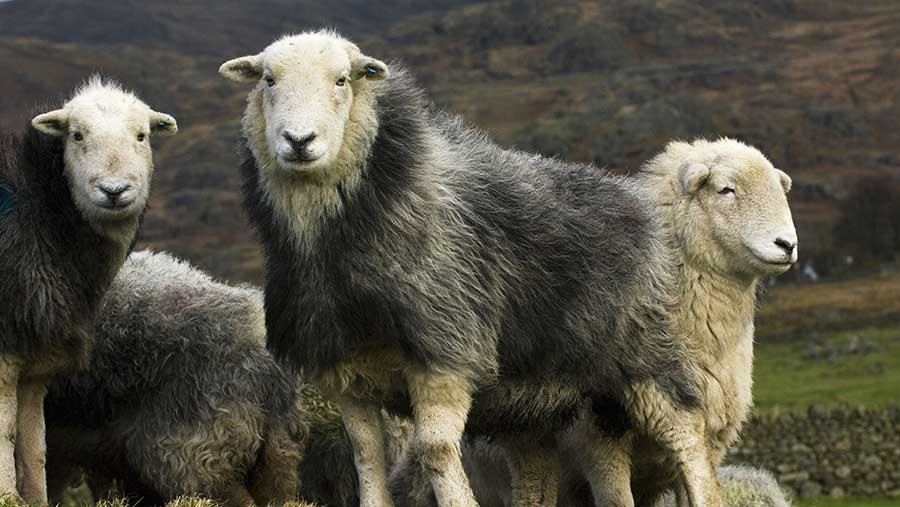 Each year, about 18 million people visit the area each year, spending about £1.2bn.

The sheep and beef farming industries are a core part of the economy and have helped shape the landscape for more than 1,000 years.

Farming practices reflect how farmers have always worked in some of the most challenging land in the county and indeed the country.

About 90% of the designated less favoured areas of Cumbria are in the Lake District, an area characterised by sheep and beef production.

A logo of Herdwick sheep, a native breed of Nordic influence dating back thousands of years and synonymous with the Lake District, was used throughout the bid process.

Issues such as an ageing farming population, future land ownership and tenancy changes, Brexit and the changing nature of subsidy and CAP reform will all have a bearing on how farmers manage the cultural landscape.

But the NFU said farming has been making a positive contribution to the Lake District for centuries, and it was “heartened” by Unesco’s decision.

David Raine, NFU Cumbria county chairman, said: “Agriculture has an important ongoing role in maintaining the basic fabric of the landscape which symbolises the beauty of this special part of the world.

“Unesco has accredited this accolade to the Lake District in recognition of the fact it’s a thriving and changing farmed environment that inspires.

“It is important world heritage status allows the area to flourish and not fossilise, and recognises the role farmers play in developing the cultural landscape.”

The bid was submitted by government and Historic England on behalf of the Lake District National Park Partnership, a group of 25 organisations who collectively help manage the area. The ambition of the partnership is to ensure food and farming in Cumbria benefits.

Lord Clark of Windermere, who chaired the Lake District’s bid, described the decision as “momentous”, saying it would bring benefits for locals, visitors, tourism, business and farming.