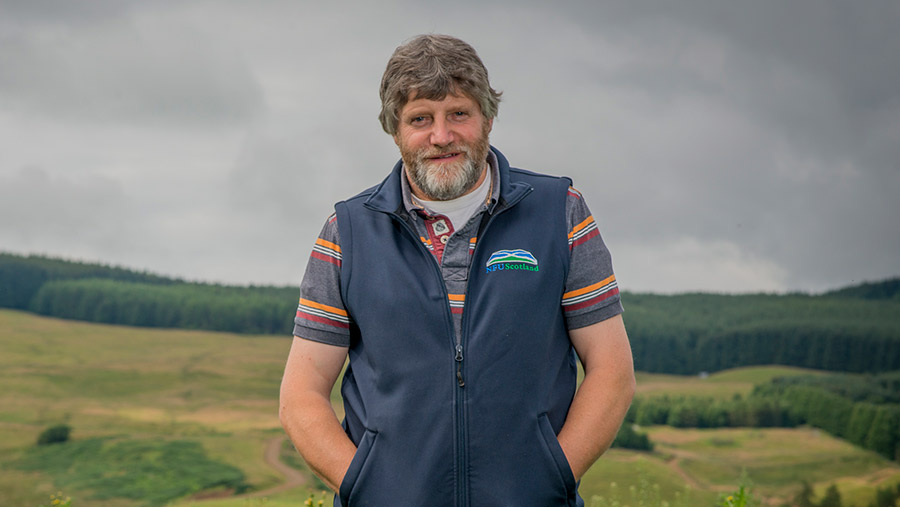 Mr Kennedy, who has served as vice-president for four years, will be elected at the union’s annual meeting, to be staged online, on Friday 12 February 2021.

He will succeed incumbent Andrew McCornick, who has nearly completed his maximum allowed term of four years.

Mr Kennedy is a tenant farmer and farms at Lurgan Farm, Edradynate, Aberfeldy, with his wife Jane and their three daughters, Jillian, Katrina and Yvonne. They have 600 ewes and 60 cows on the farm rising from 800ft to over 2,500ft.

“These will be incredibly busy times for the union, and, if elected, I will be fully committed to driving forward the work NFUS is doing on behalf of almost 9,000 members across Scotland,” said Mr Kennedy.

Four farmers will compete for the two vice-president posts. They are: Andrew Connon of Ellon, Aberdeenshire; Willie Harper, of Bridge of Weir, Renfrewshire; George Milne, of St Andrews, Fife; and Robin Traquair, of Dalkeith, Midlothian.

Due to Covid-19 restrictions, the election hustings will take place over three days online. Members of the NFUS council, which includes representatives of each of the union’s 73 branches, will select the successful candidates.

The first round of voting for the vice-president roles will see one of the four candidates eliminated, followed by a second vote to select two winners.