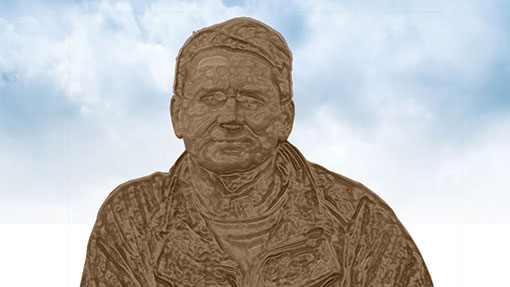 Former NFU president Peter Kendall is to be immortalised with a nine-metre bronze statue, Farmers Weekly can reveal.

The NFU has commissioned an award-winning sculptor to create the statue, designed as a tribute to his great work as president.

Mr Kendall stepped down after eight years at the helm of the NFU in February.

It is understood that NFU officials had considered honouring Mr Kendall in other ways.

Ideas included the creation of a limited edition Peter Kendall tie pin, a celebratory DVD with his speech highlights called “The Kendall Years”, or renaming Agriculture House after him.

However, they decided that a statue placed outside Stoneleigh HQ would be the “most fitting tribute”.

An NFU source said: “Lord Plumb described Peter Kendall as the ‘best president ever’, so we thought erecting a statue in his honour would be the most fitting tribute to his huge contribution to the NFU.

“After eight years in the role, he became very much part of the furniture. Now he will always have a permanent presence at the NFU.

“The 9m statue outside Stoneleigh offices will help elevate Peter to an omnipresent status.”

An artist’s impression of how the statue could look has been leaked to Farmers Weekly (see picture).

It is believed that sculptors will try to recreate a similar striking pose to the one captured by the creators of the Sir Alex Ferguson statue, which resides outside Manchester United’s Old Trafford stadium.

News of the statue caps a momentous week for Mr Kendall, who was named as president of the World Farmers Organisation on Friday (28 March).

It is anticipated that the statue will be unveiled at a ceremony on 1 April, 2015. Special handmade collector’s edition chocolate statues of the Kendall statue will be released in time for Easter 2015.

* It is past noon so tradition dictates that we need to alert you to the date on this story. We hope all those who saw it earlier today enjoyed it!