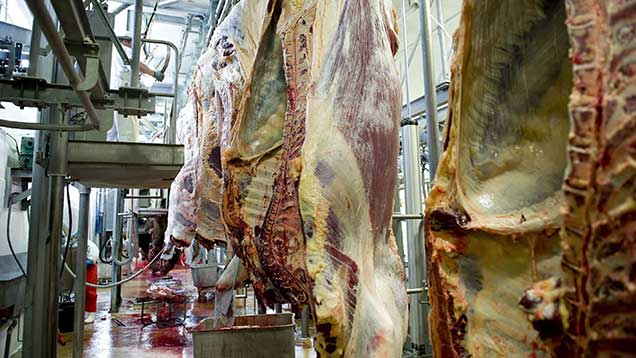 The British Veterinary Association’s e-petition calling for the end to non-stun slaughter has passed its target of 100,000 signatures.

Supported by the RSPCA, the e-petition calls for an end to the practice of non-stun slaughter to improve animal welfare.

The e-petition was launched in April last year and more than 100,000 signatures were needed before the deadline on 30 March 2015, to be considered for a debate on the subject in the House of Commons.

“We urge the chairman of the Backbench Business Committee to honour the e-petition and pledge that an end to non-stun slaughter will be debated at the first opportunity in the next parliament.”
John Blackwell, BVA president

The news comes as a survey of slaughterhouses in the UK, carried out by the Food Standards Agency (FSA), reveals a sharp increase in non-stun slaughter.

The FSA survey figures were based on assessments by official veterinarians (OVs) during the week of 16- 22 September 2013 to provide a representative sample of welfare practices at 232 red meat slaughterhouses.

The results indicate that overall 2% of cattle, 15% of sheep and goats and 3% of poultry in the UK was not stunned prior to slaughter.

The BVA noted that more than 80% of halal meat is stunned before slaughter, and its concerns did not relate to religious belief but to the animal welfare compromise of non-stun slaughter.

BVA president John Blackwell said the success of the e-petition indicated the strength of public opinion and support for its campaign.

He added: “Slaughter without stunning unnecessarily compromises animal welfare at the time of death and as such we call for an end to its practice.

“We urge the chairman of the Backbench Business Committee to honour the e-petition and pledge that an end to non-stun slaughter will be debated at the first opportunity in the next parliament.”

David Bowles, RSPCA head of public affairs, said: “There is growing public concern about the welfare of farm animals and people believe animals should be treated as humanely as possible throughout their lives, including at the time of slaughter.

“Animal welfare science and practical experience indicate that cutting animals’ throats while they are fully conscious can cause significant pain and distress. There should be no exemption under the law to allow non-stun slaughter and we urge politicians to take action on this important issue.”