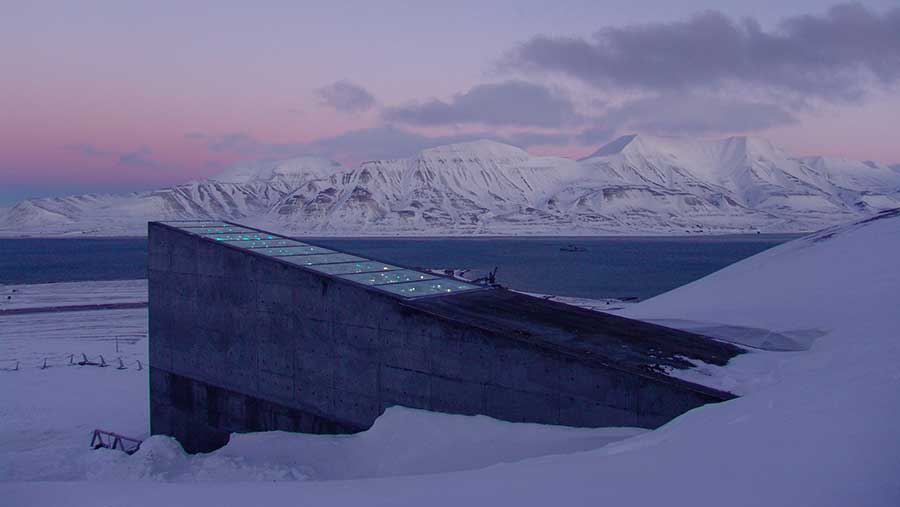 The Norwegian government is spending more than £9m to upgrade a doomsday seed vault, built to protect the world’s food supplies.

A new concrete-built access tunnel, a service building to house emergency power and refrigerating units, and waterproof walls to prepare for a warmer future, are part of the upgrade.

More than 70,000 crop varieties are being shipped to the Svalbard Global Seed Vault to be housed in frozen storage chambers deep inside a mountain in the Arctic Circle.

Monday (26 February) marked the 10th anniversary of the seed vault and the latest deposits will take the total number of unique varieties to over one million.

Staples including rice, wheat and maize, and unusual crops such as Estonian onion potato and black-eyed pea (cowpea), a major protein source in Africa and South East Asia, are being deposited at the vault on the Svalbard archipelago. Malting barley seeds from Ireland have also been deposited.

The reinforced vault is seen as an external backup facility for the world’s seed banks in the event of natural or manmade disasters, such as nuclear war or global warming.

“This means it is more important than ever to ensure that seeds – the foundation of our food supply and the future of our agriculture – are safely conserved.”

Syria’s civil war prompted the only seed withdrawal from the site to date, in 2015. Replacement seeds have since been grown and redeposited.