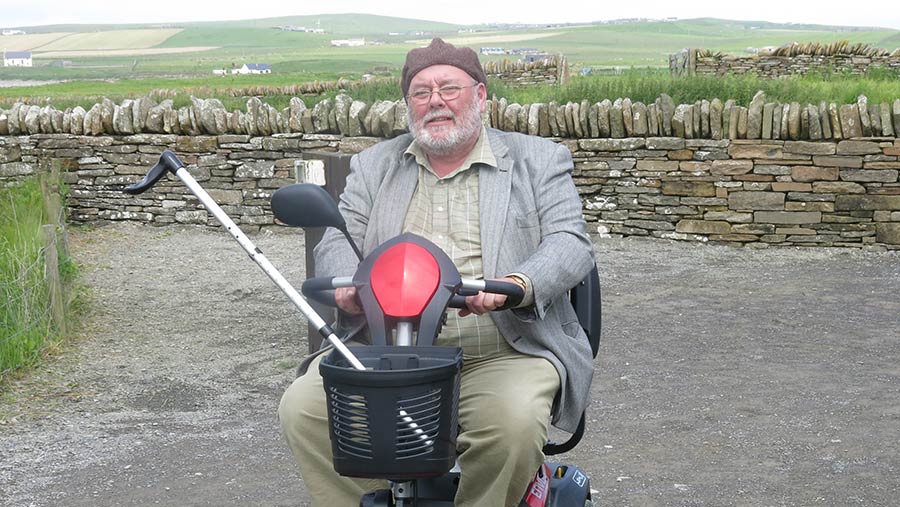 As well as running a tenanted hill farm in Dumfriesshire, Rog moved into journalism as a way of bolstering his income, including time as columnist with Big Farm Weekly in the early 1990s, moving to Farmers Weekly as Scotland correspondent, then becoming farming editor of The Herald.

Rog (short for Rognvald) quickly developed his writing skills, producing strong copy which resonated with farmers, as well as the wider public.

“His forte was producing sound copy from which even laymen could understand often complex farming stories,” said Ken Fletcher, editor of Scottish Farmer, writing in The Herald.

“His anecdotes of farming were well read in this newspaper and beyond, where he succinctly reported on the broader picture of farming throughout Scotland, the changing countryside and ways of rural life.”

But Rog considered himself a hill farmer first and foremost, having been the youngest ever tenant on the Duke of Buccleuch’s Queensberry Estate when he and his wife, Carmen, took on Auchentaggart at the age of 22.

As well as farming and journalism, Rog involved himself in agri-politics, being chairman of NFU Scotland’s environment and land use committee and standing for the vice-presidency of the union.

He also sat on the British Wool Marketing Board, was a member of the Food Standards Agency’s E-coli task force, and was a Nuffield Scholar, studying the sheep sector in Eastern Europe.

Rog had three children – Elliot, Natalina and Claudia – though, tragically, Elliot took his own life at the age of 20. This led to a period of depression for Rog, but he fought back, becoming a champion of mental health issues in recent years.

“As a community, we need to open up and talk about mental health,” said Rog in a recent article in Scottish Farmer. “Only then will we recognise and act upon the early signs of suicide, only then can we lead to it being prevented.”

Fellow Farmers Weekly columnist Stephen Carr described Rog as “a kind and passionate man who wore his heart on his sleeve”.

“He gave Fizz and me the complete works of Robert Burns as a wedding present and we will read it tonight over a large dram of whisky, with warm memories of his friendship and love of farming.”