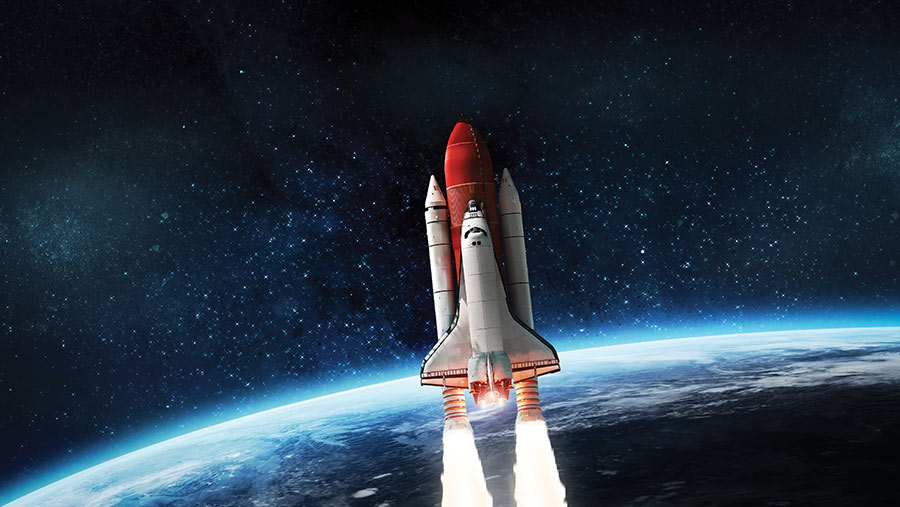 I watched in awe this week as the private company Space X, owned by the multi-billionaire Elon Musk, launched its 100th rocket, landing the booster upright on a glorified raft in the Atlantic ocean.

Every time I watch, I find myself amazed by the innovation, ambition and talent that feats such as these take.

Space travel isn’t a new thing, of course. In fact, this week I’ve been listening to the fantastic BBC World Service podcast “13 minutes to the moon”, chronicling the time leading up to the first moon landing in 1969.

See also: Farmers are seriously undervalued in the free market

Fifty years have passed since that momentous occasion, but the fundamentals are much the same; fill a long tube with highly explosive fuel, point upwards and ignite.

Yes, technology has progressed from the hand-woven flight computers of the Apollo missions, but to the unversed the concepts may seem quite basic. The irony of modern space flight is we become more engrossed in the landing than the taking off.

What do I think we can learn from the rebirth of space exploration to help agriculture reach its ambitions?

Now, you may be wondering how this is relevant to farming, but I believe we can learn a lot from the basic principles that have seen us reach for the stars and go where no man has been before.

Agriculture in the past 50 years has seen massive leaps in technology and the ability to sustain mankind’s growing population, while maintaining the basic theory of planting seeds to grow crops or feeding livestock to produce meat and milk.

So, in my tenuous attempt to draw comparisons between my childhood dream job and my reality, what do I think we can learn from the rebirth of space exploration to help agriculture reach its ambitions?

For me this comes in three connected pillars:

Technology gives us the ability to push boundaries, throw away the rules of yesteryear and achieve the unachievable.

Innovations in modern agriculture could be things such as gene editing to grow crops where they couldn’t be grown before, reduction on our reliance on synthetic inputs to allow us to become more sustainable, or the use of unmanned robots or drones to tend to our crops and animals.

The next pillar is people. In a modern age of automation, the power and skills of a driven and inspired workforce cannot be underestimated.

Passion for anything starts at a young age and, while I spent my childhood building space rockets from Lego, the youth of today spend their time on games consoles.

How can we as an industry convert this passion into a real career that is seen as “cool” and rewarding as the space industry? The irony is that, in 20 years’ time, managing a farm on a computer screen could be the norm.

The final pillar is to inspire those who keep us in employment, the people who buy our products and have the power to change perception through their public opinions.

If every farm was listed on TripAdvisor, could we confidently say that the comments would be five star, or would ill-informed lobbyists try to undermine consumer trust and try to block our advancements?

If we get the fundamentals right, like Elon Musk we can impress the public by nailing the landing, taking the focus away from the “how”, and get on with our jobs of feeding a growing population.