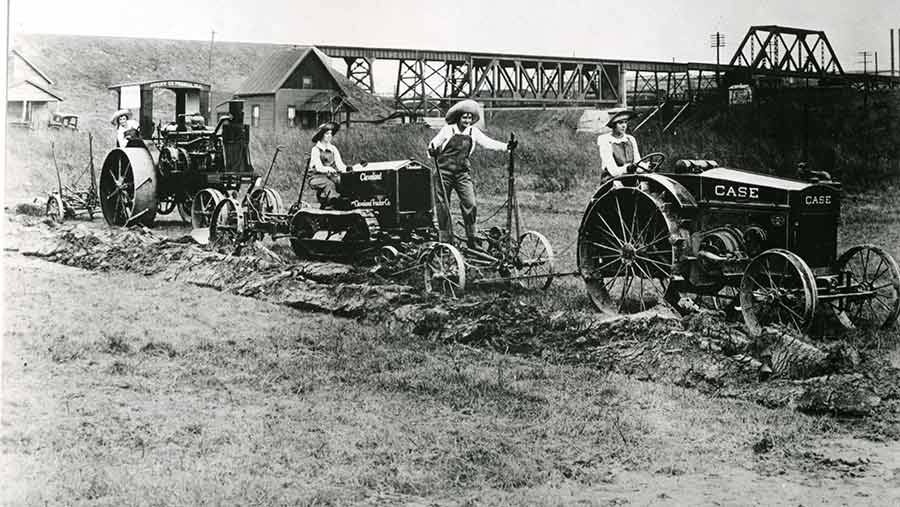 Ypres, the Somme, Passchendaele, Gallipoli, Jutland; seminal battles of the First World War, whose names have echoed down the generations and whose combatants are commemorated with reverence on Armistice Day (11 November).

The sacrifice made by an entire European generation in the war of 1914-1918 – the horrors of the trenches, the storms of shot and shell – are unimaginable a century on.

See also: History reveals the folly of dependence on imports

Less well remembered today than the military campaigns of that conflict was the role of food as a weapon of war. It was in this vital, unheralded battle, that Britain’s hitherto neglected farmers emerged victorious.

Britain entered the war dependent on imports for around 60% of its food – an historic low. The Royal Navy, the world’s most powerful, ensured Britannia’s status as the pre-eminent global power, shepherding the world’s largest merchant fleet along the trade routes of Empire.

Taking advantage of this supposed security, an ideological shift in government policy towards unrestricted free trade in the late nineteenth century dictated that domestic food production was no longer considered a strategic necessity, and support was withdrawn.

When war unexpectedly erupted, government predicted it would be over by Christmas and that increased imports from the Empire would suffice to make up for European shortfalls.

But by 1916 it was clear this thinking was flawed. Poor weather, the U-boat peril and an inability to fully replace European suppliers had slashed available imports; 170,000 agricultural workers had left the land to enlist; food prices more than doubled; the spectre of rationing loomed.

Belatedly, government turned to Britain’s farmers with a series of initiatives to dramatically boost production.

Men were returned from the Western Front and supplemented by the Women’s Land Army; the Corn Production Act was implemented, guaranteeing minimum prices; the Agricultural Wages Board was set up to ensure stability for farmers and workers.

Ministers directed that 2.5m acres of pasture be ploughed over into arable production, using new tractors provided by the state. By 1918, British farmers were producing an additional 915,000t of oats, 1.7m tonnes of potatoes and 830,000t of wheat from 1914 levels.

Germany fared less well. It’s widely forgotten that the major role of the Royal Navy in the First World War was to impose an economic blockade on the Central Powers.

German imports fell 60% by 1918; the volume of nitrates used in agriculture halved; the area under cultivation fell by 15%; cereal yields dropped by at least 30%. The February 1917 “Turnip Winter” saw daily rations drop to 1,000 calories.

By 1918, the civilian mortality rate was running some 37% higher than the pre-war average. German agriculture was being strangled. Collapse of the food supply was a major factor in ending the war as morale crumbled.

The unstinting efforts of British farmers during the First World War contributed in large part to establishing the conditions for final victory.

They were summed up thus by NFU president Colin Campbell in 1916: “However much agriculture has been neglected in the past, that is not likely to be so in the future… It is being recognised that it is one of the principle industries, if not the principle industry, of the country.” Lest we forget.