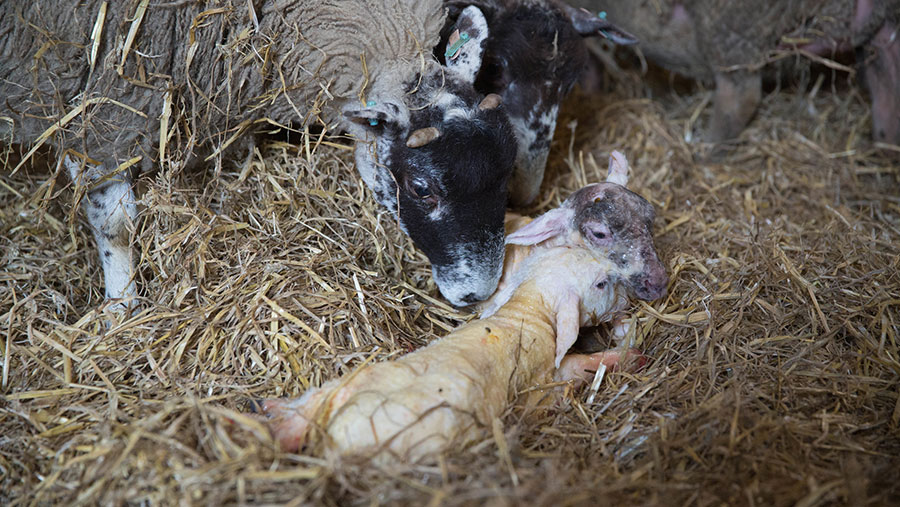 As I write, we are entering a time of increased tension, angst, short tempers, prodigious bad language, high hopes, crushing disappointments and general exhaustion, interspersed with fleeting moments of success. In short, we are on the verge of another lambing season.

I usually see my most important roles as providing food, support and some sense of perspective.

We have spent the past few months sorting out strategic, administrative and practical issues in our business and this, together with the milder winter, has set us up for lambing in a better position than we were last time.

Firstly, our sheep have not only, for the most part, survived the winter, but are also in good heart.

Touching wood, we have lost a grand total of one ewe so far this year, compared to the dozens that perished last year during the “Beast from the East”.

Secondly, the calving is substantially complete and should not run over into the lambing.

On strategic matters, we have recently agreed and accepted a new Higher Tier Countryside Stewardship agreement.

It has a range of objectives including maintenance of the exotically named “soligenous mire” and “calcareous fen” on the hill, through extensive grazing with cattle and sheep. Importantly, it does not require us to maintain our organic status.

It has taken the best part of two years and a considerable amount of work to develop and finalise this agreement. It is not entirely clear when we will actually start to receive any cash, but it’s good to know that it should materialise in the fullness of time.

However, we have not renewed our organic certification. We have simply not been achieving enough of a premium to cover the additional costs.

Energy licks for upland ewes cost around £300/t more for the organic version compared to the conventional, and every type of bought-in organic feed is substantially more expensive.

Yet there appears to be very little organic premium for store lamb producers.

Administratively, and a personal achievement, I have also overcome inertia and a fear of dealings with utility companies and changed our telecoms supplier and our mobile phones. I was spurred into action by a particularly massive quarterly bill and invited the BT sales team to offer me a reduction.

However, they didn’t respond until after we had actually signed with another provider. Too late. One hidden benefit is it makes it instantly easier to identify fraudsters who phone up claiming to be from BT.

As to the mobiles, we started to realise that ours were prehistoric at concerts where everyone else in the audience lit up their phones to create a lovely sparkling moment of interaction with the performers and we couldn’t because we didn’t have that facility.

Our final pre-lambing preparation comprised having family members over for a traditional roast beef Sunday lunch, because we won’t be seeing anybody for a while.

I tend to find the preparatory stages of entertaining rather stressful, but this time it was fine and the meat was excellent.

We were looking forward to having cold roast beef the next night, until Pepper, our elderly, deaf border terrier, who mainly lives in a daze but still possesses a sense of smell, taste and low cunning, somehow got to it first.

My sense of perspective disappeared for several hours, along with the beef.