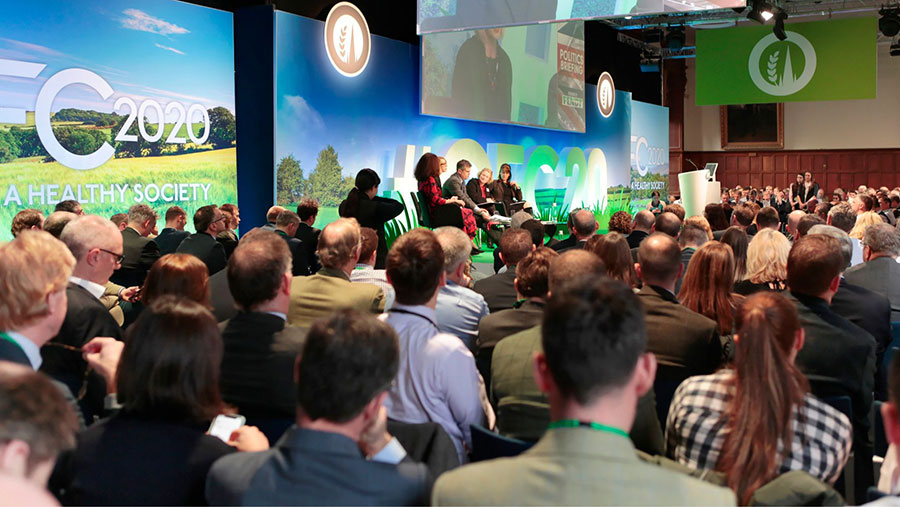 The recent Oxford Farming Conference (OFC) 2021 debated the motion “This house believes that first-generation farmers are better than fourth.”

The OFC debate is usually held in the Oxford Union building and is both a convivial and tongue-in-cheek event. A motion is proposed and opposed, with opportunities for debate from the floor and rebuttal from either side. Over the years, the OFC debate has been a platform for both sharp wits and astute speeches from familiar faces within agriculture.

See also: Find all our OFC and ORFC content in one place

But, by being held online rather than in the celebrated surroundings of the Oxford Union, it went some way to answering its own question. The “tweedy privilege” that proposer Nikki Yoxall referred to was quickly disarmed and the debate felt much more inclusive. Comments were made in the chat box, virtual hands were raised, and a balance of opinions heard.

I have sat in that debating chamber myself, in awe of the confidence of those prepared to speak. To any newcomer, the Oxford Union would have felt an intimidating club with a clandestine membership. Such exclusivity is not a recipe of success for UK farming.

I am glad such debate is tongue in cheek, because, of course, there is no right answer. We all know examples of trailblazing new entrants and fourth-generation farmers. However, there were well-made points that should be heeded.

For example, an intimate knowledge of one’s land and habitats learned over generations – as put by my fellow opinion writer and opposer of the motion, Will Evans – is an invaluable asset. However, the shackle of farmers’ sons and daughters repeating a task in a certain fashion because “we’ve always done it that way” is stifling to the individual and the industry at large.

Nearly 50% of those working in UK agriculture have not received any formal training. That is not a statistic we should be proud of.

Defra has recently made clear its intent to support The Institute for Agriculture and Horticulture (Tiah). Key leaders and stakeholders are driving it forward. Tiah’s purpose will be to lead a new skills strategy for everyone working in primary production in England.

The institute will be a “co-ordinating force, working alongside the wealth of excellent training providers and stakeholders to drive a positive change towards people development and lifelong learning”.

Regardless of whether one is a first-generation or a fourth-generation farmer, we have a duty to make use of the training on offer. Personal development is important for all, not just the boss.

Bluntly, to survive in the new dawn of farming after Brexit, we all need to be better skilled. And, crucially, we need to attract more new blood.

Through careers and education work, I have been acutely aware of the barriers to entry, both perceived and evident. Unlike most other industries, we have no clear entry points. Nor do we offer navigable career paths.

This, and the misconception that only those with “tweedy privilege” need apply, make a career in farming less appealing than it should be. Tiah will hopefully break down some of those barriers and act as a shop window for those keen to get into farming.

In my years of farming, I have met countless inspirational men and women. The common denominator wasn’t first or fourth generation. It was ambition, curiosity, creativity and a willingness to learn.