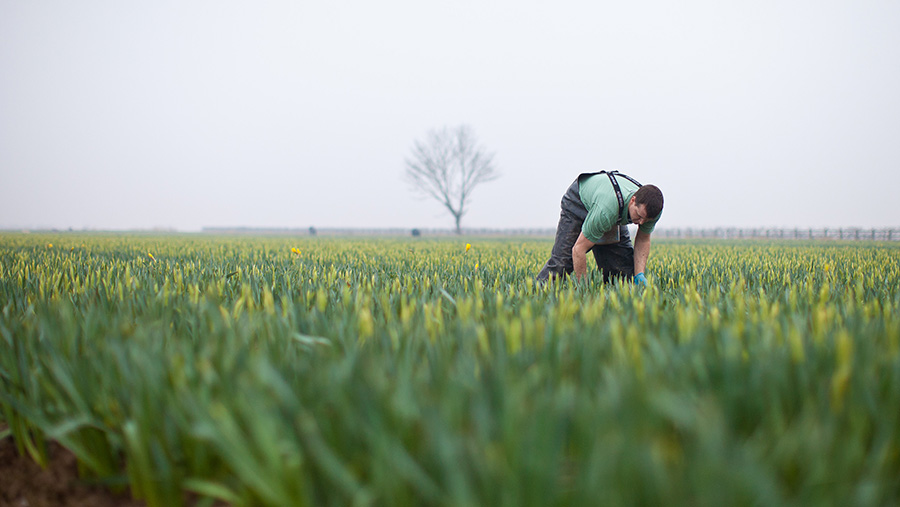 The challenge of being an opinion writer, particularly when you’ve been doing the job for a bit, is to keep finding subjects that you feel passionately enough to write about.

Sometimes I really have to fan the flickering flame of a loosely-held conviction to create a blazing point of view.

Today, I don’t have that problem.

The debate about the merits and disadvantages of employing Eastern Europeans to carry out seasonal jobs on UK farms has raged for a few years now.

It is polarised to the point where no one is capable of changing their view.

But in an unexpected plot twist, the coronavirus pandemic is going to drive big changes here as well as in other sectors.

Thousands of people who were planning to come to the UK to harvest crops this summer are now unable to travel, and large fresh produce businesses are faced with the challenge of finding alternative workers.

The laudable “Pick for Britain” campaign is aiming to meet the shortfall by linking up willing UK workers with farms.

We have to hope that it will be a success.

To those who have argued that “jobs on farms should be done by British workers and not foreigners”, I have been one of the bad guys.

My flower business is seasonal and needs 250 workers during peak production. I am also the co-owner of the labour agency that employs these people.

More than 100 of our seasonal workers are Romanians, who travel over here when there is work available and then go home when it has finished.

The other half of our team, who are mostly Lithuanian and Romanian, have settled or pre-settled status in the UK and we find them work all year with different planting and harvesting jobs on our own farm or for neighbouring businesses.

I freely admit that the idea of having to replace our seasonal Romanian team with UK workers sends a shiver down my spine.

This is more about loyalty to my regular team and my huge respect for their no-nonsense work ethic and high productivity than it is about any shortcomings of UK workers.

But I am also very nervous about the adaptability of the new indigenous workforce and the different expectations that they will have.

I do not doubt for a minute that there are many British people who are enthusiastic about harvesting crops in a field.

I would be enthusiastic about giving you a haircut – but my enthusiasm is no guarantee of my ability to make you look good.

I have visions of a nightmare land army consisting of well-intentioned, retired school teachers dressed in chinos and Berghaus fleeces, who want to talk endlessly about their home-grown tomatoes, selfie-taking “Instagram influencers” who want to see how food is produced, and a disengaged bunch who have signed up as a job of last resort.

I am just too short, too tired and my voice is too high-pitched to manage a team like that. I hope and deserve to be proved wrong in my negativity and misgivings.

The horrid cycle of ever-cheaper goods in supermarkets based on people having to work harder is a downward spiral that has to end.

None of us should fear a move towards rising working conditions on farms, higher food prices and a population who are connected to the source of their food.