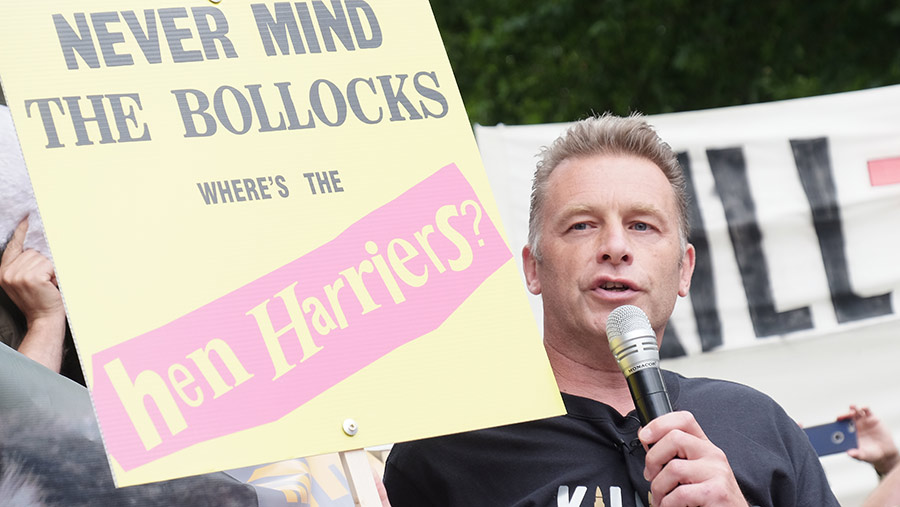 Before I morph completely into “Disgusted of Tunbridge Wells”, I’d like to put it on record that I’m a fan of the BBC as a public subscription broadcaster.

Having suffered the endless Euro-pap of French radio stations on long car journeys on the autoroutes, or endured the multi-channel fiesta of bland tedium that is American TV, I’m always pleased to return to the BBC broadcasting bosom that has nurtured me. It’s well worth the £150 annual licence fee.

But when it comes to how farming is reported by the Beeb, there is something fundamentally awry and it needs addressing.

For while agriculture is not above criticism, it does have a right to demand that a national broadcaster, funded by compulsory subscription, demonstrates balance, journalistic integrity and should be able to distinguish opinion from fact.

Naturalist and presenter Chris Packham is a case in point here. The BBC gives him endless platforms to express his low opinion of agriculture, without any requirement for him to follow established codes of good journalism.

Mainstream agriculture might be a bit humdrum and ordinary, but the BBC should at least have the honesty to admit it’s where 95% of the food that appears on shop shelves comes from.

The flimsy grounds for excusing him from this key discipline is that he is not employed by the BBC, rather he is a freelancer. That is nonsense. You might as well have Huw Edwards giving you his personal views on the political issues of the day during the late evening news.

Even with in-house BBC journalists, there seems to be a willingness to allow political agendas to colour the way food and farming are reported.

Environment reporter Roger Harrabin’s enthusiasm to relay the vegetarian mantra “meat is a key cause of climate change” sticks in most farmers’ craws and does not stand up to proper analysis.

One key weakness with the BBC is its default position of getting environmental correspondents to cover all aspects of agriculture, even where there is no environmental angle to the story.

If it is a story concerning the economics of farming, they might as well use a sports correspondent if they really can’t find a journalist with a proper understanding of agriculture as a business.

My final bugbear is how the BBC often portrays the “niche” as “mainstream” when it comes to food production.

For instance, Countryfile featuring hobby farmers who claim to capture cosmic forces that help crop growth by burying stags’ bladders full of marigolds might be quirky and fun, but please don’t tell the watching public that this is how food gets to their table.

Mainstream agriculture might be a bit humdrum and ordinary, but the BBC should at least have the honesty to admit it’s where 95% of the food that appears on shop shelves comes from.

Does any of this matter? If the metropolitan classes want to sneer at what most people eat and where it comes from, shouldn’t we just leave them to it?

The problem is that, if mainstream food production gets in some way marginalised, you can end up with bad government policy. At the moment we have a British government intent on walking away from supporting domestic food production for the first time in 80 years.

You could argue that this path is, in part, set by a national broadcaster which either doesn’t care where food actually comes from or has an agenda wanting to bring about fundamental change.

That should never be the role of the BBC in our democracy.