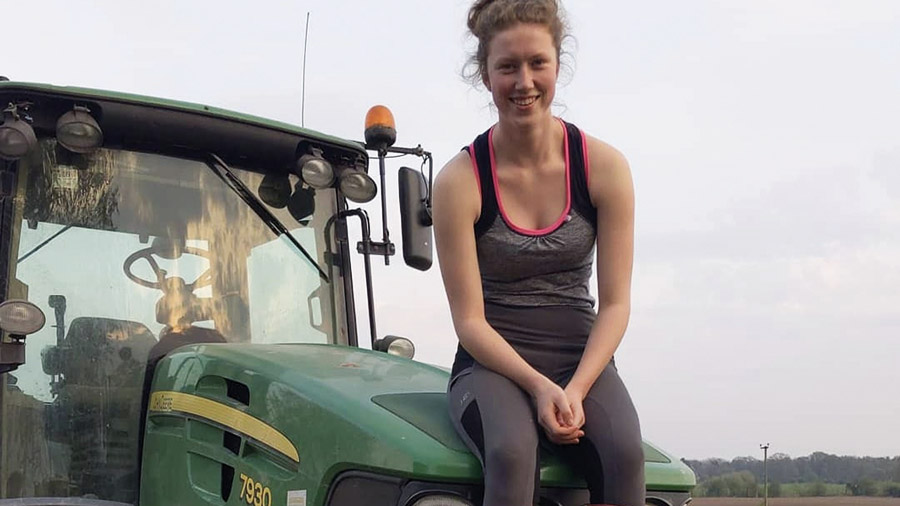 Are high schools properly educating our teenagers about agriculture and the countryside? I think not.

Throughout high school, I received little to no education about either of these subjects.

In geography we were taught that farmers cause soil erosion by over-ploughing, while in biology we were told that cows produce methane, so are responsible for global warming, melting the ice caps and flooding islands such as Hawaii.

See also: How these young farmers got their farming jobs

Megz Swift is a farmer’s daughter from Cheshire, studying ecology and conservation at the University of Central Lancashire, Preston.

Here she argues that better communication is needed to encourage placement students to stay in the industry.

During these lessons a discussion would often ensue, but I think the great majority of my fellow students would leave the classroom with a negative view of agriculture and the countryside.

People at this stage of life are particularly impressionable and are making important life choices, such as what sort of lifestyle and careers they want. They need encouragement.

In 2019, when I was collecting my GCSE results, the few people who had chosen to go to a land-based college were ridiculed by other teenagers for having made that choice.

I was one of those few students, choosing a Level 3 diploma in agriculture at Myerscough College, Lancashire.

As part of the course, in the first year we had to do 360 hours of work experience. I had previously had part-time jobs on farms, away from my parents’ arable holding, so I was in a good position.

I worked every weekend until the Covid pandemic hit, then during Covid I worked flexibly around my online lessons, completing more than 500 hours in my second year.

Overall, my experience was very positive, as I moved from farm to farm, seeing how everyone does things a little bit differently. It wasn’t all sunshine and rainbows, of course, characterised by 4am starts and late-night finishes.

This article is not about all that, however; it’s about the communication between the younger and older generation, and what can be learnt from that.

The biggest thing for me was that my various employers should keep their promises, whether this be the opportunities to learn new skills, developing existing skills, having time off, flexibility around college, or being paid fairly.

When promises were not met, I felt let down – disappointed that I wasn’t progressing and moving forward.

Sometimes, when I explained about these issues, they were quickly resolved and my concerns acknowledged and acted upon. But that was not always the case, and on occasion I was just told to pipe down and get on with it.

Is this fair on young people, who often don’t have the confidence to voice their opinions for fear of disapproval or retribution? It is certainly something I have experienced.

So when young people do speak up, employers need to listen, and communicate what they are thinking and why.

If they want new blood to keep coming into the industry, they also need to come up with progression plans, to encourage the next generation and make them feel appreciated.