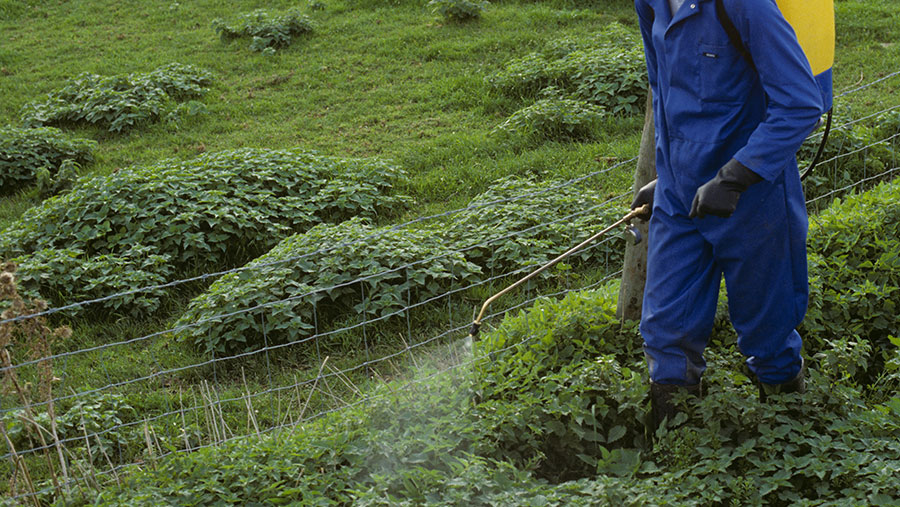 What makes someone a real farmer? Driving a Land Rover Defender? No, even David Beckham has one of those overrated scrap sculptures.

Surviving your first unprofitable year? Nope. Most businesses in the UK now face that fate. Owning a Labrador with no personality? Being greedy isn’t a personality, but it’s not that, either.

My view is that you can’t truly call yourself a farmer until you have had a proper boundary dispute. As you might expect, I bear medals and carry scars from battles in this particular field of agricultural conflict.

See also: Matthew Naylor is ‘proud to be a farmer’ (one from the archives)

For someone who dislikes and avoids conflict in real life, I have found myself in two difficult disputes already this year.

The first was when our local drainage board sold an access road to our field to a “nuisance neighbour” who had dumped scrap vehicles on it.

The board, to their shame and my expense, decided it was easier to submit to his demands and to sell him the road cheaply, rather than forcing him to remove his polluting waste.

The matter rumbles on for me while our untidy Fen landscape looks evermore like the post-apocalyptic setting of Mad Max, but with cabbages.

The second dispute was with a residential neighbour. A few weeks ago, we spot treated some weeds in an outlying farmyard using a knapsack. We left a few metres untreated alongside the boundary and cut these weeds with a strimmer instead.

One week later (and three weeks after a frosty east wind and three months without rain), the neighbour confronted me to say that we had killed his hedge. He started by calling me a name that rhymes with “shunt”.

Whether or not that assessment of me is true, and the jury is still out, you have to admit it’s a plucky start to a conversation. Even president Trump uses that word sparingly.

In my opinion, you should only drop the “C-bomb” when you are ready to start speaking via solicitors or, if you are a tractor driver, when you have trapped your thumb in a lynch pin.

The only way matters could escalate from here was with the neighbour punching me in my face. And he had fists like giant hams. My brain quickly starting comparing the cost of a new hedge with a full dental reconstruction.

I decided that I was happy to lose this one and I just said that I was sorry. I meant it and offered to replace the plants. The mood changed. We went on to have a chat for another couple of hours.

He said that he was much happier to see the weeds growing because he liked the butterflies and birds. I saw the world through his eyes and we parted on good terms. We will do things differently as a result.

I can see how residential neighbours feel threatened by the scale of farming activities around them. As an industry, we can and should do more to respect people’s right to be comfortable in their own homes, regardless of the work pressure we ourselves are under.

Where we can, life is easier if we befriend our neighbours, as I did. In fact, when we parted, he even said “see you next Tuesday”.