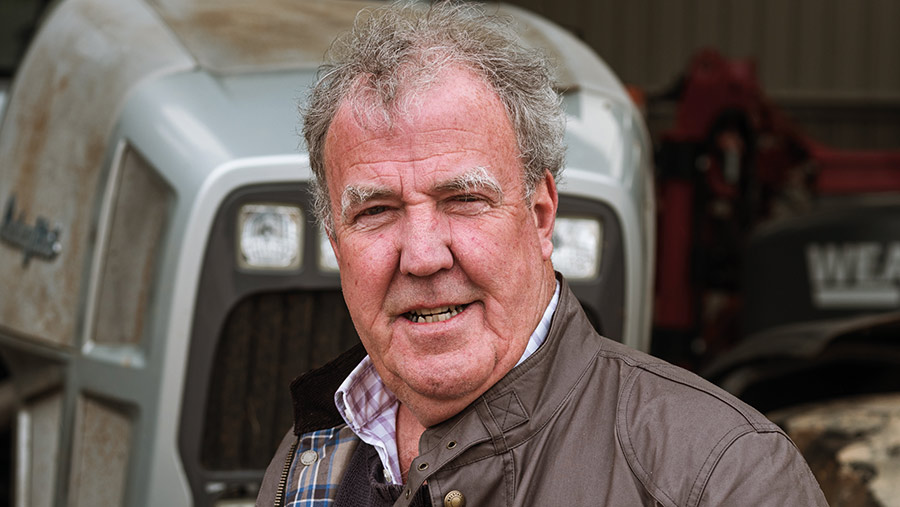 What is interesting for us farmers is that both these household names have much to say about farming, but come at it from very different viewpoints.

As for Mr Packham, I’m loath to elaborate my dim views of him. Suffice it to say, when I was deputy president of the National Farmers’ Union, I used to write frequent letters of complaint to the BBC along the lines that Mr Packham clearly wasn’t keeping to BBC rules of balance and good journalism in his constant tirades largely based on his low opinion of British agriculture.

Sometimes these outbursts of vitriol were shoehorned into programmes where farming wasn’t even being featured.

The standard and official BBC response to my complaints was that Mr Packham wasn’t bound by these enshrined BBC rules because he wasn’t employed by the BBC, but rather, technically, was a contractor.

To this day I remain mystified by this. How can someone be given a constant platform by our taxpayer-funded national broadcaster and yet not be bound by their codes of impartiality?

I digress. My main focus in this piece was to be Jeremy Clarkson. In my curmudgeonliness, I have reservations about him as well, but to his credit my dubious opinion hasn’t held him back.

Ten years ago, my household seemed to be held in rapture on Sunday evenings when Top Gear was on.

My kids were spell-bound by the hilarious antics of Jeremy, James and Richard, while their grumpy father sat in the corner saying things like “you do realise this is all scripted, rehearsed and staged – that supposed accident that had the presenters all rolling around in spontaneous laughter was probably the third take”.

But then, I was making the mistake of assuming reality television was based on reality. As anyone who has had the TV cameras on their farm knows, once the cameras are rolling it’s anything but reality that is being filmed.

For starters, you are wearing clothes you wouldn’t ordinarily wear for farm work. And by the time that filmed footage has been through the editing process, with 95% of it discarded, it can be about as far removed from real farm life as Peppa Pig.

But that’s no great revelation. The vast majority of the daily grind of farm work simply wouldn’t make for entertaining viewing.

But Mr Clarkson, alongside the production team he has around him, are masters of making a carefully crafted concoction appear to be the real events of the day in an engaging and entertaining way.

He is the king of the droll, but very funny, off-hand observational remark. No doubt his farming tales will have many of us shouting at the screen.

I know his articles in the Sunday Times magazine have me wondering why he portrays his Countryside Stewardship agreement as some sort of unfair Defra-imposed diktat rather than what it really is – a contract entered into voluntarily at an agreed remunerated rate.

But I will still tune into Clarkson’s Farm with only one regret – that it’s not on the BBC, taking up air time occupied by Chris Packham.