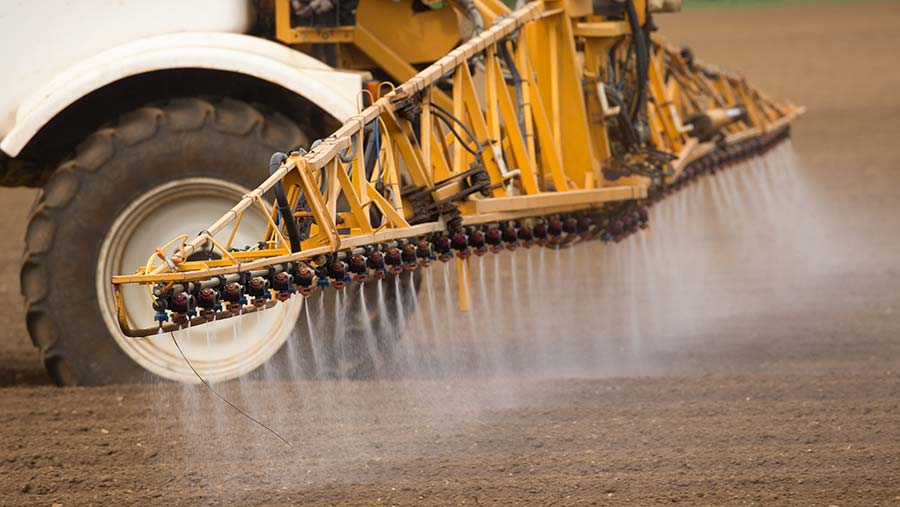 “My name is Ozymandias, king of kings; Look on my works, ye mighty, and despair!’

Shelley’s poem Ozymandias is a reflection on hubris – an excess of confidence or arrogance, which ultimately leads to the individual’s downfall.

It’s an apt metaphor for what many see as the “hubris” of the modern agrochemical industry and conventional farming.

It reflects a strand of environmentalist thought that believes society shall look back in a generation with regret that it allowed the use of plant protection products (PPPs) at all.

Which is, of course, nonsense. PPPs are vital to the task of feeding a growing global population, and EU regulatory standards are probably the most risk-averse in the world.

Yet the recent EU vote, supported by the UK, to ban all outdoor use of neonicotinoids is merely the latest in a regrettable pattern of wilfully anti-scientific and politically-motivated agitation against productive, sustainable food production.

And the lobbyists have no intention of stopping at neonics. From glyphosate to methaldehyde, chlorothalonil to pyrethroids; nothing is safe from their covetous gaze.

Our reactive strategy isn’t working. We stumble between crises, defending the next active ingredient seized upon by activists as the object of their self-righteous ire.

That glyphosate, perhaps the most benign of all our PPPs, was only temporarily reprieved by the very narrowest of margins in 2017 is sobering.

Who can be confident of its re-approval in 2022? The fact that we have right on our side is not enough. No, we need to be proactive on this issue, or face death by a thousand cuts.

What if farming bodies were to propose a “grand bargain” with government and the multifarious environmental lobby groups?

In return for agreeing to a demonstrable decrease in the volume of PPPs used nationwide, we could be guaranteed a significant breathing space, with no new threat of product removal, in order to provide an element of stability for farmers, and time for agrochemical firms to develop new actives with even more inoffensive characteristics.

Government could burnish its “green” credentials; the environmentalists could trumpet a victory.

To be clear; this isn’t an admission of guilt. It’s a ridiculous situation whereby, in the 21st century, farming is being corralled into rolling back safe, proven scientific progress. And l won’t even start on the potential benefits of GM crops.

But standing on our current defensive platform of facts, truth and common sense is getting us nowhere; governments of all colours are too easily seduced by the electoral expediency of “green” votes delivered by lobbyists fomenting hysteria. We must act, or face a steady erosion of our ability to feed those same voters.

Some might say that I propose to capitulate to bullies; and those bullies will only come back for more. Perhaps.

But we find ourselves in the unenviable position whereby the teacher is siding with the bullies, and we must change our calculus accordingly.

The words of another ancient king, Pyrrhus of Epirus, stand as a cautionary tale for those who seek to eliminate PPPs entirely. After a close, costly victory, Pyrrhus is said to have observed: “If we are victorious in one more battle, we shall be utterly ruined”.

Those who look to return farming to the conditions of the 19th century will struggle to feed the population of the 21st.