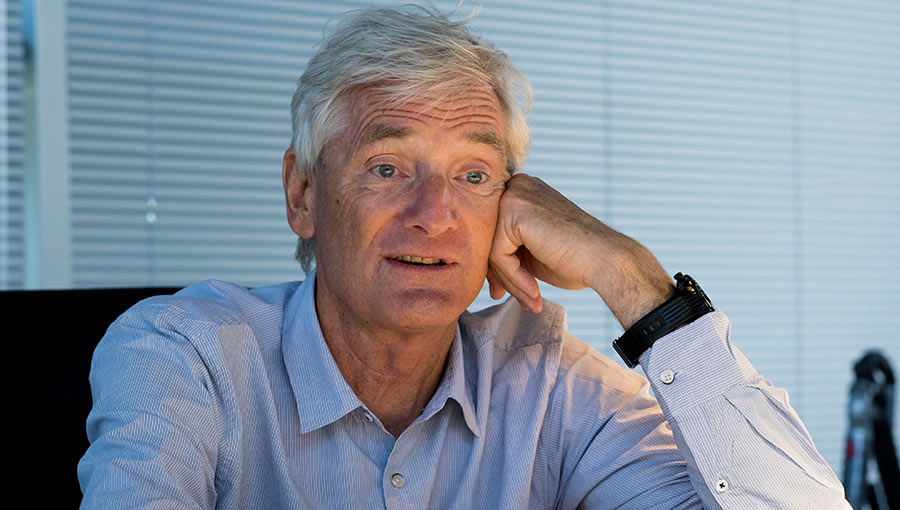 Sir James Dyson received a lot of grief recently for moving his headquarters to Singapore, despite being a prominent Brexiteer and claiming that British exporters would have no problems trading outside the single market.

He was called some pretty choice words in my household too, but for different reasons. My house is heated with a biomass boiler and I buy my woodchip from his farming company, Beeswax Dyson.

Last Monday, the auger to the boiler became jammed by a small twig and cut out. That night the outside temperature fell to -2C.

Luckily my dog had crept upstairs and climbed on the bed in search of warmth. But for that, it is almost certain that we should both have perished in the night.

In the morning, I could see my breath so clearly that it looked like I was smoking. Control panel reset, I made my way back from the boiler house, with trembling limbs and shivering lips, clutching the twig like it was the prime evidence in a murder case.

It is a little walk back to the house so I had time to come up with creative profanities to call the erstwhile national treasure. “Bloody, billionaire, boiler-blocking…” My inventiveness would have impressed him.

Once warm again, I calmed down. Sir James is a busy man; I realised that he probably doesn’t load the woodchip into the trailer himself.

If I’m completely honest, the twig had almost certainly fallen into the woodchip bunker from one of my own trees. The thing is, he’s a billionaire so it’s easier to blame him.

A lot of farmers are doing the same; blaming Sir James for their own frustration because he has got more money than them.

The Beeswax Dyson business is frequently criticised by farmers for forcing up land values. In reality, all he is doing is legally and logically investing money that he has earned by fair means through his own ability.

These same farmers should instead be criticising the inheritance tax relief that makes the purchase of farmland so appealing to the wealthy.

There is perhaps an arguable case that it isn’t good for society that the nation’s land is falling into ever fewer hands and that we need a more dynamic market for farmland. But the argument is complicated.

Even the smaller amount is a larger area than most tax-paying urban dwellers could ever conceive owning.

Interestingly Sir James has turned out to be a fantastic and passionate farmer. His land surrounds my house on three sides and I couldn’t wish for a better neighbour.

The land is farmed to a high standard, his team of staff are talented and highly professional, and the area has never looked more cared for.

He has created a business that demonstrates how good a large-scale farm can be. It is a painful truth to many smaller farmers, but his farming model is probably the future of arable farming in the UK.