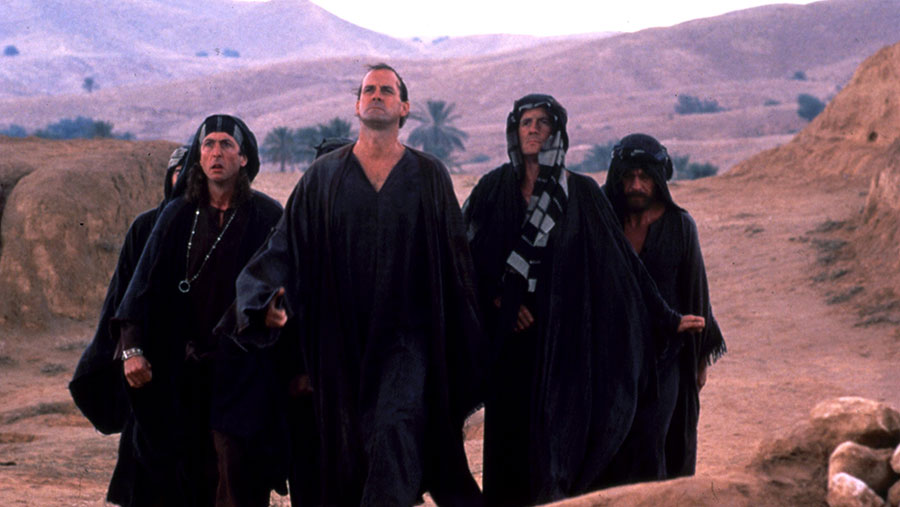 In Monty Python’s Life of Brian, the only group the People’s Front of Judea dislike more than the occupying Romans are their fellow freedom fighters, the Judean People’s Front.

In reality, as in fiction, those with most in common often experience the deepest rifts over the smallest details. Such disunity can easily be exploited by their true foe to divide and conquer.

It’s compelling to argue that the Agriculture Bill grinding its way through parliament is designed to drive wedges not just between town and country, but into the farming community itself – between young and old; large and small; conventional and organic.

How else to explain the potentially toxic policies of golden parachutes for older farmers; of BPS reductions weighted against larger enterprises; and the underlying tone that modern farming is inherently bad for the environment and public health?

As in the country at large, the Brexit referendum created a divide between those farmers who believe the industry is better off outside the Common Agricultural Policy and those who have little faith that our fates are better entrusted to British politicians than those in Brussels and Strasbourg.

But we are also prone to self-induced divisions. Despite agriculturalists being a rather small constituency, many in the industry seem compelled to splinter our voice yet further in negotiations with both government and the public at large over our future direction.

How many rail angrily against the actions of the NFU, Red Tractor, AHDB and other industry bodies, and even call for them to be replaced?

The curse of representing such a diverse and vociferous industry is that it’s impossible to please all of the people, all of the time.

But when armchair pundits try to redesign these organisations over a pint or three, they invariably end up with the same institutions they started with – just perhaps with themselves in charge.

With so much media opprobrium around agriculture, many farmers are unable to resist throwing their neighbours under the proverbial bus to boost their own systems; whether it be some “zero-tillers” loudly proclaiming that inversion tillage is a threat to civilisation, or extensive “conservation grazers” rebutting the nonsense claims of groups like EATLancet against livestock production by sticking their own boot into systems that differ from theirs.

Such divisions serve only to sour the atmosphere, lend ammunition to farming’s critics and confuse consumers and policymakers who don’t understand the nuanced arguments being made.

Defra secretary Michael Gove thus had the rather repetitive experience in January of delivering two very similar speeches to two very separate gatherings of British farmers about 500 yards apart in their respective bunkers.

Perhaps he reflected that, just as divided parties don’t win elections, divided industries don’t win arguments, and that at this time of enormous flux for British agriculture, its own internal divisions are making it only too easy to ignore.

Now is the time, regardless of individual preferences, to unite around our industry bodies and the core values of safe, high-quality British food production and sound environmental stewardship – or risk the same fate as the hapless suicide squad of the Judean People’s Front.