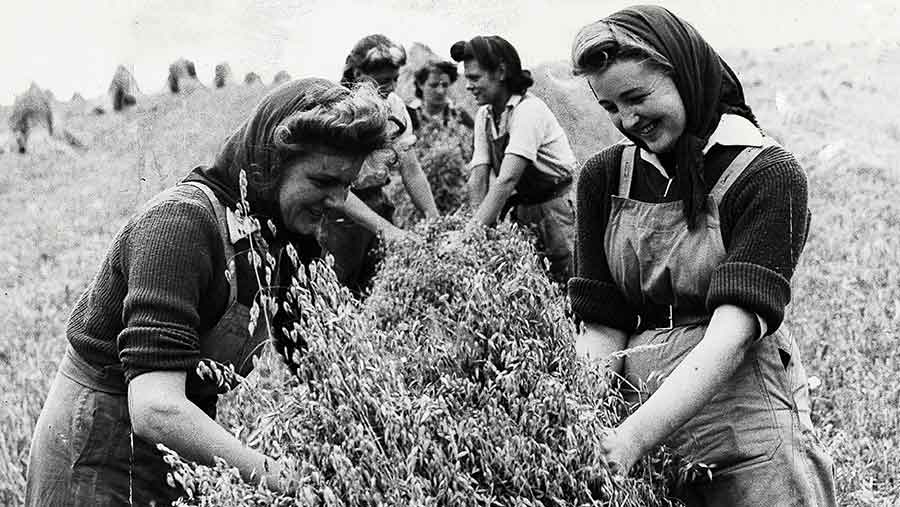 Good news that the Science Museum is to update its agricultural exhibit – no one wants to see a high-tech industry portrayed by a 1950s combine and people hoeing fields.

By coincidence, I’ve been reading a book by John Stuart Collis, who at the outbreak of the Second World War volunteered to do farm work rather than military service.

In The Worm Forgives the Plough, Collis looks back to when the tractor, combine and machine milking were coming in, but large numbers of people were still employed on farms. A fascinating insight on an era of huge changes, and not just in farming.

As a rookie, Collis has to learn many skills, such as horse ploughing, potato lifting, stooking sheaves and rick building. His description of overcoming pitfalls – with or without the help of his fellow workers – has a gritty realism, without any sentimentality for a bygone era or a rural idyll.

He can appreciate the skill in a task, but never omits the downside: the backbreaking, endlessly repetitive nature of many jobs. Even on fine days, the clock ticks agonisingly slowly to finish time, for everyone except the boss.

Some of the jobs were terrifying. I’ve heard old farmers talk about orchard spraying “back then”, but Collis’ account takes your breath away (or has you reaching for your PPE). COSHH assessment? Shut up and get on with it. Integrated Pest Management? Put enough on to kill everything.

Collis has to manipulate a hose attached to a tank filled with water, sulphur and lime that is pumped to a hand-held lance another worker sprays the trees with.

Between the wind blowing spray back at them, the open tank sploshing them on its way back from filling, and the hose bursting, there is no chance of either worker avoiding as thorough dowsing as the trees.

And the filling is from, and next to, a pond, so there goes your Environmental Impact Assessment.

To the health and safety nightmare you can add sheep dipping, threshing, and hand-spreading fertiliser in the fields. Collis remarks casually that when the superphosphate gets into their eyes and faces they switch to spreading potash, as it does not blow about so much.

The dust and chaff from threshing gets everywhere, a closely buttoned shirt being only a partial remedy. Just about every operation is guaranteed to cause some physical discomfort, and then there are the rats, and the weeds.

Anyone minded to ban glyphosate should be made to read this book. We forget the endless hours devoted to combating weeds in the pre-herbicide era.

Couch – the farmer’s curse, Collis calls it – had to be got out by cultivating, dragging and chain-harrowing into piles and windrows, then burned. In fact soil got a pretty raw deal in those days in general.

Ploughed once or twice, cultivated two ways, dragged twice, chain-harrowed and rolled, it was anything but min-till. And I gritted my teeth at a passage where Collis watches a fellow worker mercilessly laying into a horse that will not move (thereby adding animal welfare to the list of non-compliances).

So, interesting as the book is, it’s hard to feel any nostalgia for what Collis is describing. But it captures farming at a particular moment, and he has great insight into the coming of the machine age and the displacement of workers.

He is especially aware of how different farming looks to people on the outside, and how little they appreciate what it takes to put food on their plates, even in a war. We’ve come a long way in 70 years, but that’s something that hasn’t changed.