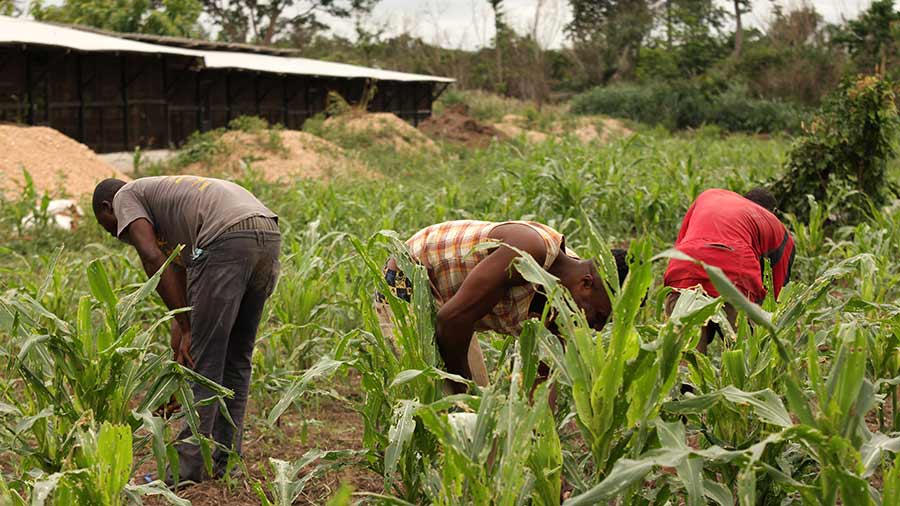 I’m bad at saying no to things. This is how last week I found myself in a mud hut in northern Ghana. I was speaking, via two translators, to a 90-year-old tribal chief who, I’ll be frank, was wearing a far more revealing smock than I was entirely comfortable with.

At the end of our meeting, he presented me with two live and flapping guinea fowl – the perfect gift for a weary traveller. In return,

I took a selfie with him. I positioned my camera with extreme care to preserve his dignity. We parted in mutual bemusement; the cultural chasm between Langbenzi and Moulton Seas End remaining as wide as when I arrived.

See also: Succession planning is not easy, but essential

By means of explanation, I was in Ghana with the Marshal Papworth fund: I sit upon its advisory board. When Marshal Papworth died, he bequest his farm to the East of England Agricultural Society to educate students from the developing world.

Since then his legacy has funded almost 200 students at British agricultural universities –a neat arrangement whereby the money stays in the UK and the knowledge goes where it is needed.

As farmers, we should be uncomfortable that people on the planet go to bed hungry and I am drawn to charitable causes that tackle this problem.

Last week I was travelling with three other committee members visiting former students from Ghana, Nigeria and Burkina Faso to see the effect education has had on their lives and on the farming communities with whom they now work.

Western Europe’s history in Ghana is pretty shameful. From the 1500s until the 1800s, we were buying native Ghanaians as slaves and locking them in degrading conditions in coastal forts.

When they were sufficiently reduced in spirit and weight, they were shipped to the Americas and the Caribbean to work in crops like tobacco, cocoa, sugar and cotton to send to Europe.

Seeing the inhumanity of the slave forts makes one reflect uncomfortably how global trade has been an unappreciated part of our lives for many centuries and how we have exploited other countries in its name.

In recent years, there has been a lot of international support to develop the resilience of African agriculture, but it isn’t easy to find solutions.

The western style of large-scale, mechanised, mono-crop agriculture doesn’t work in the developing world – it is too fuel-dependent and capital-intensive.

There are several large-scale horticultural businesses producing fruit, vegetables and flowers very successfully in Africa, but they are mostly growing high-value goods to export to developed countries.

The domestic food needs tend to be met by small, local farms that are barely subsistent.

One of the greatest challenges that I saw was not the climate, the soil or even access to inputs.

The greatest problem was the poor transport infrastructure and the system of land ownership and inheritance. This is controlled by the tribal chiefs whose power is superior to even the police force.

The fragmented nature of land ownership in Ghana stands in the way of effective crop rotations and better systems of production.

We know from our own history that the Enclosures Act in the UK was the foundation stone of our agricultural revolution.

The trip gave me much to ponder, not least my own good fortune. It also taught me that, when they die, farmers can do much more interesting things with their land than bequeath it to their children free of charge.