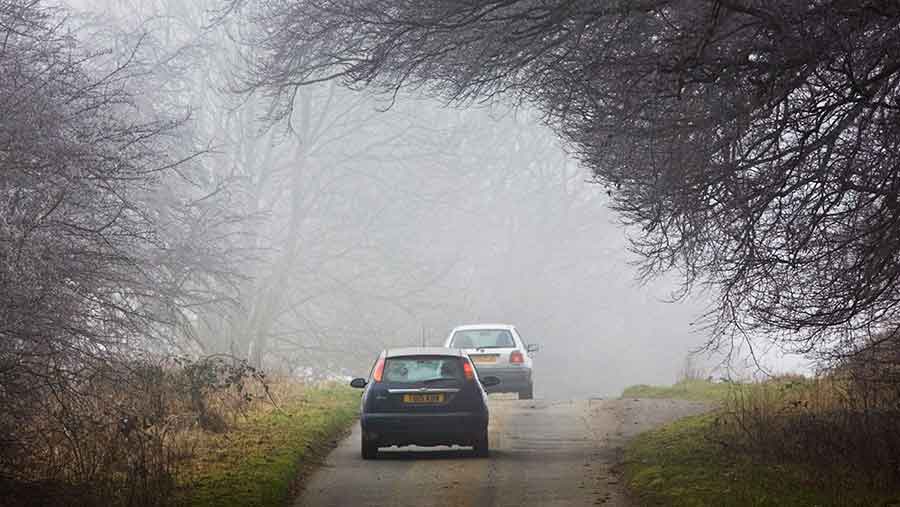 I can’t be the only UK farmer who has felt like I’ve been driving through fog for the past few years.

Clarity of vision has been patchy and sometimes virtually non-existent, causing intermittent applications of the foot brake.

There’s been little, other than questionable political rhetoric, to provide confidence to invest or encouragement to innovate.

The only clear motivation has been to cut costs in anticipation of lower returns and beyond that, volatility.

It was no surprise, therefore, to read the AHDB’s recent criticism of UK agriculture, which “has been limping along at 0.9% annual productivity growth”, compared with the USA, which recorded a growth rate of 3.2%, and the Netherlands, which achieved 3.5%.

I’ve visited both countries in recent years and a few others, such as Denmark and some former Soviet Union states. Even without access to the figures quoted by the AHDB, I sensed they were leaving us behind.

Some of the reasons for the success of other countries compared with ours were obvious.

Heavy reliance on agricultural exports means governments treat producers more kindly than those that import a high proportion of their requirements.

The AHDB pinpoints another key reason why we have fallen behind. Because, although the UK spends £490m a year on research, most of it is devoted to “blue-sky” projects rather than “near market”, practical ideas that can be adopted on-farm in the short term.

Researchers in most countries, in my experience, work much more closely with the industries they’re there to serve than here in the UK, and the payback on their work is more immediate.

That said, one of the AHDB’s missions is to interpret blue-sky research and promote the best onto farms. Do levy payers get value for money from the £60m a year they collectively contribute to fund the organisation? I sometimes wonder.

And then, of course, there’s Brexit.

Predictably, another of the reasons for my fog-bound driving, has been the confusing information on agriculture policies.

Would government aid be likely to continue? If so, at what level and for how long? Would there be a period of transition to allow for adjustment? Would Defra secretary Michael Gove stand by the vague support he has suggested since he took office last summer?

You cannot guarantee any political promises until they happen, of course. But it would be difficult for the secretary of state to wriggle out of what he said in Oxford earlier this month.

Agriculture will continue to receive aid at the current EU rate of £3bn+ a year, he said. It may not be allocated in exactly the same way, but the gross amount will stay the same.

It seems likely that the environment will inherit some of the cash cut from large farms as a result of the proposed BPS cap.

But Mr Gove did emphasise that it is critical “to recognise that there is no inherent tension between productive farming and care for the natural world”. That sentence was one of the most important in his statement and he plans a five-year transition.

He talked about more public access to land, although how that will affect the growing menace of fly-tipping remains to be seen.

A bit more thought is needed on that, I suggest. He also promised to“turn fields into meadows”, another sop to the green tendency that wrongly suggests we’ve done nothing for nature so far.

But some of the fog has cleared. I feel I can drive a little faster, at least until I reach the top of the next hill.