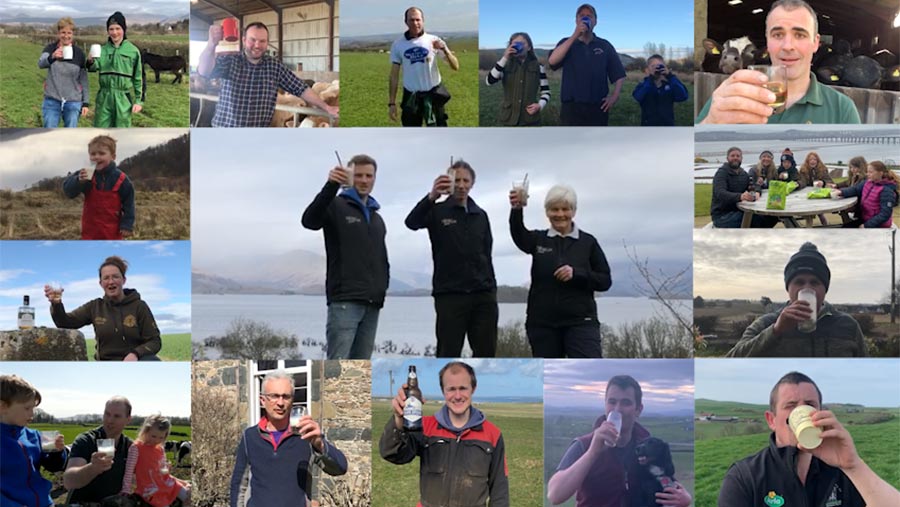 Tomorrow will see the cows turned out to grass, after what feels like a long winter. Despite preparations, it’s probably safe to say they’ll still be a few old sheep gates and a cat’s cradle of baler twine wedged into gaps in the fence to ensure the gleeful herd of Friesians are steered towards the correct paddock.

It is one of my favourite times of year and, even with the current lockdown, spring brings with it a sense of optimism for the year ahead. I feel extremely fortunate to be able to continue working, and despite the drop in milk prices, I still have a market for my produce.

See also: Time to challenge the myths about livestock farming

Like never before, reliance on food security is at the top of the public consciousness. Can we capture this interest and secure this place for the long term? This is a fine line to tread. It requires humility, self-awareness and not describing ourselves as an “army of heroes” – which to be clear, in my opinion, we are not.

But our place as the primary producer needs to be acknowledged. The emptying of supermarket shelves reinforced the disconnect we often talk about when it comes to food and its production. As an industry, one in which the factory floor is within reach of almost everyone’s doorstep, the products we grow and rear are misunderstood and undervalued.

It’s almost unbelievable writing from this remote outpost of south-west Scotland, that the rest of the country, and indeed most other industries, are in a state of hibernation. Yes, we have felt some of the impact although, to be completely honest, price volatility and supply chain issues are what we know all too well.

In the months to come the country will begin the resetting and recovery from this crisis and that will be the time to have our ducks in a row and speak to the decision-makers. The understanding and collation of the issues we are facing now will be vital to building solutions that will place us on a good footing for the future.

How we present ourselves now will be remembered in the public’s mind for a generation. It’s critical we declare ourselves willing to help in any way we can, be as supportive and welcoming as we safely and realistically can be, and listen to consumer concerns.

Last week, along with a fellow NFU Scotland (NFUS) member and the communication team, the challenge was set to try and make some inroads. Three days later, with the efforts of 23 farming families the length and breadth of Scotland, and the talents of some skilled wordsmiths and a video editor, we had a film that spoke direct to the consumer, opening with: “Hello Scotland”.

At time of writing, the video has reached around 250,000 people across all social media platforms, stretching beyond the usual NFUS farming audience.

The response has been both surprising and outstanding, but most of all, the comments have been heart-warming, understanding and demonstrate we have the power to bridge the disconnect by using the people on the ground – we just need to ask.

The film concludes with the Gaelic term for “health”, often used as a toast at celebrations. So, from the fresh, green grass of Galloway, Slàinte (pronounced Slanj-a-va).