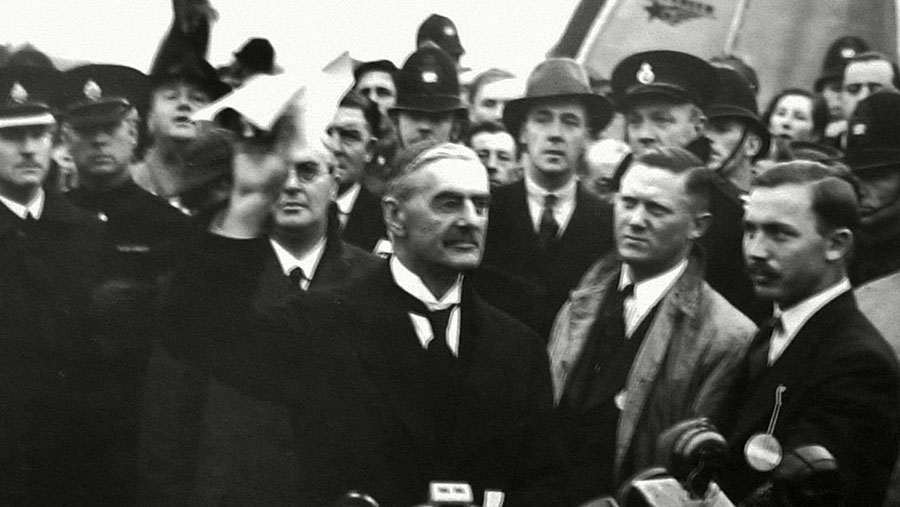 In 1938, Neville Chamberlain returned from Munich declaring “peace for our time”, to popular acclaim.

The few publicly dissenting voices to this grand settlement – Churchill included – were considered bellicose cranks. Yet, as the Munich Agreement fell apart, Chamberlain soon became vilified for what came to be seen as a colossal act of geopolitical naiveté, appeasement and national self-harm.

See also: No need for farmers to fear life after Brexit

On 12 September, the government emerged waving the White Paper of its long-awaited Agriculture Bill – a document making remarkably little provision for agriculture – to similarly popular acclaim from environmentalists.

Its release on the NFU’s “Back British Farming” day, when MPs are encouraged to show their support for the industry, was a deliciously Machiavellian flourish.

In retrospect, it shouldn’t have surprised me that the government has followed its worst instincts towards our industry, despite seemingly productive talks with farming groups.

Indeed, Defra Secretary Michael Gove’s direction of travel has been clearly telegraphed since taking office, from his inappropriate appointments to the Defra board to his shameless courting of the environmental lobby.

The “Agriculture” Bill is a classic example of the political stratagem of “divide and conquer”; it pits town against country, young against old, upland against lowland and, most strikingly, big against small.

Thus, despite acknowledging the overwhelming industry response against a tiered reduction of direct payments, which will unfairly penalise larger farmers, Mr Gove has pushed ahead with this policy, perhaps because he believes it plays well to the gallery in austerity Britain.

Recipients above an arbitrary figure are habitually described as “rich landowners”, not the highly leveraged tenant farmers they may be. No matter that many of the protected smallholders may be wealthy lifestyle farmers who produce no food.

Government-sanctioned urban-versus-rural class warfare is back in vogue, only this time without the foxhounds.

The erroneous statements the government makes about food and farming – from “drenching” fields in pesticides, to the misunderstanding of how CAP actually functions, to the mistaken belief in the resilience of our food supply chain – demonstrate either a worrying lack of understanding from the people in charge, or a genuine desire to mislead and deflect.

Thus, the nation finds itself lurching toward a hard, green Brexit with a legislatively undermined but over-regulated farming sector, unsupported by its own government and soon to be exposed to the chill winds of the world market – all in a geopolitical situation less stable than at any time since the Cold War.

How might future historians assess this “Green Brexit for our time”? I believe it will be viewed as an historic mistake resulting from unconcealed populist pandering.

Yes, there are positive elements, but the main thrust is to repurpose British farmers as groundskeepers, writ large on the mistaken understanding that the average urban voter places more value on the state of a dry stone wall in remotest Cumbria than on a full stomach.

The 2018 Agriculture Bill will be seen as a great betrayal; not just of farmers by an electorally embattled and desperate Conservative party, but of the nation by a broken and morally destitute political system.

Latterly, some revisionist historians have rehabilitated the legacy of the maligned Chamberlain, crediting him with practicing realpolitik at Munich and thus buying Britain time in 1938. Perhaps. I doubt, however, that posterity will be so indulgent of our current crop of “leaders”, who seem to wilfully neglect the lessons of history.