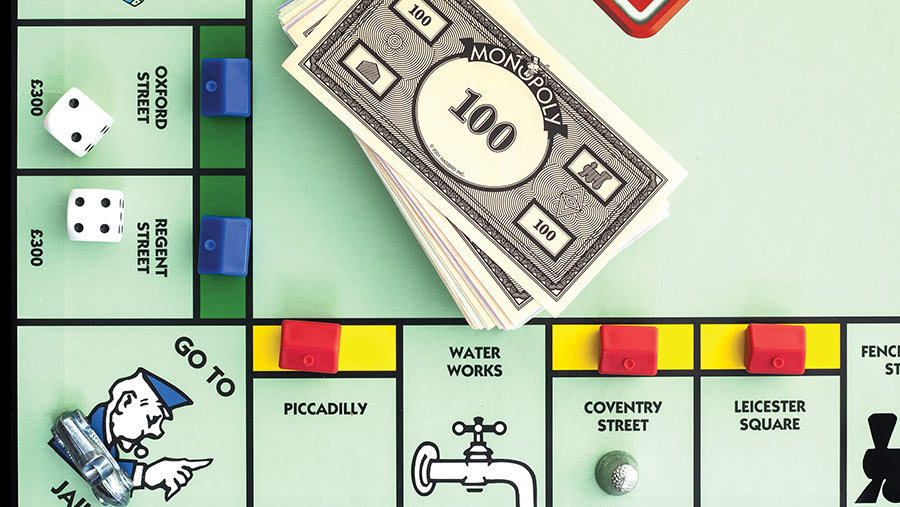 Lockdown and the dark nights are robbing the Naylor household of its usual social excitements. Last Sunday afternoon, having already watched as much award-winning Netflix drama as we could bear, matters became so desperate that we uncorked a mid-priced bottle of Burgundy and blew the cobwebs off the Monopoly set, so our “support bubble” could take out its frustration.

I lost the game badly and subsequently took to my phone, researching first cunning stratagems for future Monopoly games before falling down a Wikipedia wormhole investigating the origins of the game.

Surprisingly, it was invented not by a capitalist but by a socialist, Elizabeth Magie – a 19th century feminist and political activist. She wanted it to be a lesson about the toxic power that results when land and property falls into the ownership of too few.

The game was part of her campaign for a philosophy called Georgism – a belief that land and all natural resources should be managed to the benefit of every member of society rather than just the owner. She was a fierce advocate of land taxes.

The market for farmland in this part of the world now closely resembles the final stages of a savage game of Monopoly.

There are only a few farmers left on the board around here. I’m still in play, but my farming estate feels like the equivalent of a house on Old Kent Road, some mortgaged deeds for the Gas Works and a Get Out of Jail Free card that no one wants.

Now that the vacuum manufacturer has bought Park Lane and Mayfair and built hotels on them, how many more times do I get to roll the dice before my career emulates the total spanking I got on Sunday?

It is also slowly starting to recognise that the natural environment is an economic asset and that civilisation needs to adopt a more ecological approach to land management.

These parallel circumstances are perhaps the reason that we are starting to hear the phrase “land value tax” mentioned again. Georgism philosophy could be an answer to a political maiden’s prayer.

I would be surprised if we don’t see some form of farmland tax within my farming lifetime, most likely when it transfers between generations.

If we assume that environmental protection will be enforced by legislation, then the argument that multi-generation owners are better custodians no longer holds water.

A tax system that conferred advantages on the people who work on the land instead of on those who own it, would encourage a more entrepreneurial approach in the countryside.

Taxing land ownership, rather than offering it tax breaks, would bring more land to the market and provide professional producers and new entrants opportunities that they are currently denied.

Providing the rates of tax were carefully applied, successors on family farms would still have a natural advantage when it came to buying out the last generation, but would have the satisfaction of knowing they had at least earned the right to farm.

This is a thought process that sounds much more reasonable to the average taxpayer than it will to the small percentage of people who own large blocks of land. We should remember that. In Monopoly, it is never the person who is in the lead who stands up and furiously kicks the board off the table.