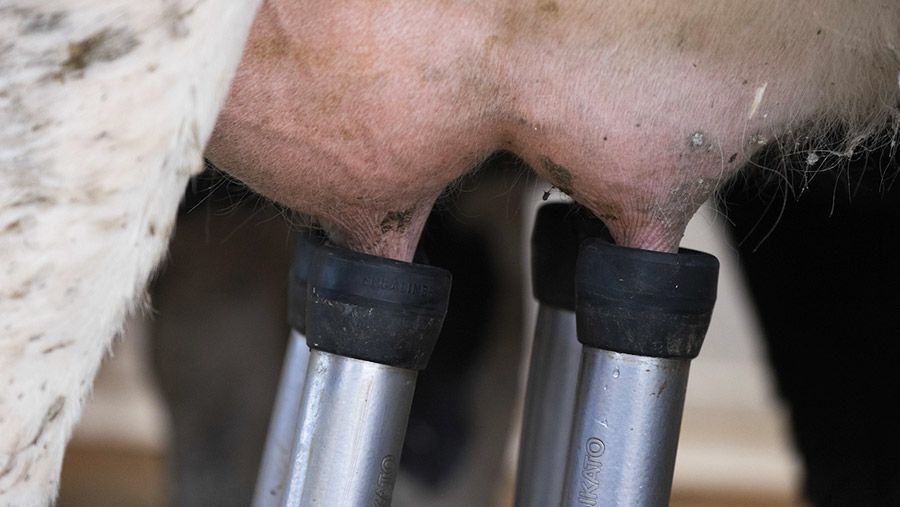 Emily Norton, head of rural research at Savills takes a closer look at the state of the dairy industry in the current coronavirus crisis and why the market is yet again under pressure.

The plight of many British dairy farmers under lockdown has been much publicised recently with stories of producers being forced to dump milk, reduce production and, in cases, accept a reduced milk price.

Even farmers feeling relatively secure under supermarket direct supply contracts have suffered as tanker drivers have missed milk collections and shoppers have been rationed.

Milk market crises are not unprecedented in the UK.

Back in 2015, a combination of the end of milk quotas and the Russian trade embargo crashed the milk price across the European Union.

The then Defra secretary Liz Truss announced a series of domestic measures and also petitioned Brussels.

Eventually, £26m was directly distributed to dairy farmers in the UK by way of grants.

Coronavirus is, of course, a massive and widespread issue, and the enormous Treasury investment in business and employee resilience programmes are available to many.

Still, the fear in the dairy sector is palpable, and the NFU is left trying to make the case to government that it merits special attention.

Figures suggesting as many as 2,000 were impacted by coronavirus have been refuted, with the Defra secretary George Eustice claiming it is closer to 700 farmers.

In response to the lobbying, Mr Eustice announced that dairy processors would be offered an exemption from competition laws, so that they could work together more easily to reallocate supply to retail and processing outlets, and then finally restarted skimmed milk powder intervention.

In terms of a policy response at UK level, this is of interest for two key reasons.

First, it confirms the current UK government primarily considers food to be a supply chain issue, and that government is concerned solely with the operation of the market, not the production of food. This is a marked change to the situation under the CAP.

Second, it highlights the ongoing lack of focus on fairness in agricultural supply chains.

It’s undeniable that dairy processors have a monopoly at farmgate level to exploit inequalities of bargaining power with dairy farmers.

But dairy contracts have been under review for the past few years without any clear idea of what might make them fairer to producers.

Notwithstanding the dark times, it is possible to pull out some silver linings from all of this.

As with other elements of coronavirus, business models and policies are going through a rapid and forced period of evolution.

What’s reassuring for the dairy sector is that consumers have rekindled their appreciation for its produce, and the work of farmers in feeding the nation has been gratefully acknowledged by many.

More importantly, the economic disruption should show that the most engaged and progressive businesses are the ones likely to come out of this crisis in the best shape.

Supply contracts need to operate fairly, of course, but fairness is irrelevant if business mismanagement is the problem.

Short-term price volatility is a minor issue compared to the long-term erosion of capital through sustained low prices.

Business models that skim profit without delivering value were already stretched beyond their capacity. It has to be seen as a positive that these may soon be gone for good.