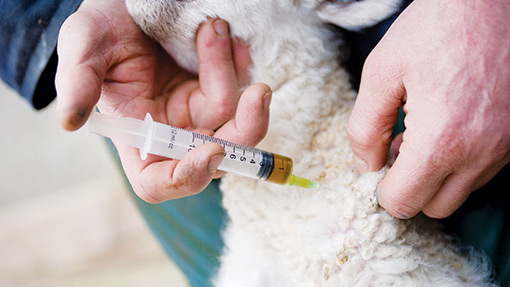 The welfare of stock is a subject at the uppermost of every farmers’ mind. But modern livestock farming practices need to be challenged, argues solicitor Duncan McNair who chaired the recent RSPCA-commissioned independent inquiry into the Freedom Food welfare scheme.

“Inactivity is death,” Mussolini held. This maxim is sadly fitting for a government whose UK food policy, treading in the forlorn footsteps of its predecessor, is characterised by inertia and drift, where dissidence expressed as to the integrity of changing farming practices is met by ponderous and incoherent blandishments.

“The UK food industry already has robust procedures to ensure it delivers high-quality food to consumers,” claims DEFRA secretary Owen Paterson. However, many do not share that view and the facts scorn it. The statement is the more parlous for being delivered on the first anniversary of the UK horsemeat saga, the latest in the litany of crises to have rocked public confidence in food supply chains.

Blame lies largely beyond these shores: absurdly long supply chains meandering across Europe that invite interference at every stage. But I am concerned that 90% of UK poultry is now factory farmed, one-third of pigs never get to exhibit their natural foraging or societal instincts and about 15% of cows are zero-grazed.

Public trust in UK farming is ill-served by the commoditisation of animals and their segregation from the land. Farming’s traditional, wholesome image has hitherto been predicated on responsible mixed farming and the notion of farmers as humane custodians of the 90% of the nation’s animals in food production.

The intensification and industrialisation of livestock production, here and abroad, is now so acute as to yield every kind of disbenefit.

Problems include the widespread abandonment of integrated livestock production, resource inefficiency through extensive use of cereals in animal feed and the sometimes brutal conditions imposed on industrially farmed animals producing fatty meat harmful to our own health.

The blanket use of antibiotics for preventive rather than curative purposes has grave implications for antibiotics used to combat serious human conditions.

Restoring confidence in farming methods is key, and at its heart is welfare. Consumers increasingly understand that what is good for beast is good for man, too.

Authoritative research repeatedly links animal well-being to meat of a higher nutritional quality. Recent polling by Populus shows 77% of respondents would have more confidence in the food supply chain if welfare standards for farmed animals were improved.

These findings align strongly with the recommendations of the McNair Report, the result of an independent review I chaired last year, commissioned by the RSPCA into Freedom Food, the leading farmed animal welfare assurance scheme.

My panel, which included former DEFRA secretary Caroline Spelman and Professor David Main, a distinguished academic veterinarian, was tasked to investigate means to generate greater consumer confidence in their scheme and to improve farmed animal welfare.

Just as the RSPCA, which has unanimously endorsed the McNair recommendations, should take immediate steps to implement them, so must government act, in union with farmers, to improve welfare standards.

Food policy is no longer a marginal issue the government can assume it alone understands. The narrowly drawn Elliott Review is a start, but the wider context must be addressed, including the activities of food processing companies, ongoing entrenchment of power with the major retailers and the continuing failure of regulators and supermarkets to detect food adulteration.

The government should build a robust regulatory system emphasising clear labelling, traceability and accountability, all enforced by a regulator who is fit for purpose.

It should deploy capital allowances, subsidies and VAT measures geared towards pasture and land-based animal farming. It should promote public procurement of animal products derived humanely and sustainably.

Unsurprisingly in a nation of animal lovers, where farmed animals outnumber domestic pets by 40 to one, consumer concerns for standards of farmed animal welfare edge ever higher. The government should heed this. And those that set their hand to issues that will affect our own health and that of our planet in the long run deserve our fulsome support.